The Golden State of Disabled Drivers

"Something is wrong," proclaimed Los Angeles Assemblyman Mike Gatto (D), "when one in eight California drivers claims a disability." Gatto has introduced two bills: one to address disabled parking, the other could promote variable pricing of parking. 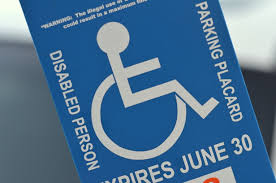 The disabled parking abuse manifests itself in ways that exceed the the number of motorists using the placards. It's the inordinate number of parking places that vehicles bearing disabled placards occupy, which can easily exceed one in eight spaces. In fact, it can reach an astounding 100 percent as the data below indicates.

Not only does this abuse reduce parking for all users, particularly those with true disabilities, but it weakens variable (also called dynamic) pricing used by newer, more advanced parking systems, and covered under Gatto's second bill.

AB 2602: "Disability Parking Placards," addresses the abuse at the state level that should assist cities tackle the huge scope of the problem. The bill would:

In his earlier Streetsblog LA editorial, Linton cites UCLA Professor Donald Shoup in a 2011 interview with Sreetsblog LA about "ExpressPark," LA's variable-priced parking system. It's tough to implement such a system when so many motorists are immune from it. Shoup states:

The main problem we already have in L.A. is the widespread abuse of handicapped placards.  A disabled placard in California is like a “free parking” pass for the entire state.  One of our students just finished his Masters thesis on placard abuse in downtown.  He surveyed one block on Flower Street where there are 14 metered parking spaces.  Most of the spaces were filled most of the time with cars that had disabled placards.  For five hours of the day, all fourteen spaces were occupied by cars with disabled placards.

Although the meter rate was $4 an hour, the meters earned only 32¢ an hour in collections because most of the time the meters were occupied by cars that paid nothing.

Portland, Ore. tried a difference approach, effective July 2014, focusing only on the "free parking" aspect of the placard, as an earlier post indicates:

The new policy is simple: owners of disabled parking placards are treated like non-disabled motorists, i.e., pay to park, though they can park for a longer period. The one exception to the payment policy is for wheelchair users who are distinguished by a different type of placard. [See time chart and placard distinction on the Portland Bureau of Transportation website.]

"Gatto also stumped for AB 2586, the so-called “Parking Bill of Rights,” writes Linton, describing it as "somewhat mixed bag from a livability perspective." Among the six bullets he lists:

The city of Chicago needs a local agency empowered to planning, studying, or managing parking, according to a recent opinion piece published by Streetsblog Chicago.

The dynamic, demand-based pricing is on its way to Northern Virginia.