It was long thought that a finite supply of lithium, a key element needed for electric vehicle batteries, would constrain the production of zero-emission vehicles, but the opposite happened: a slow down in EV demand has caused lithium prices to drop. The law of supply and demand appears to be working as Adam Smith predicted in 1776 when it comes to electric vehicle batteries and the element, lithium, according to a July 28 Bloomberg News report by Laura Millan Lombrana.

Between mid-2015 and mid-2018, prices for lithium, the soft, silvery-white metal crucial for rechargeable batteries, almost tripled as the world’s fleet of electric vehicles hit the 5 million mark, and the auto industry began to fret over the supply of raw materials.

That sparked the opening of six lithium mines in Australia since 2017 as companies raced to gain from an evolving technology. But while the EV boom is coming, it isn’t here yet. Sales growth is slowing in China, the top market, and the drive to fill the battery supply chain has cooled. The result: A 30% price plunge for lithium that’s spurring concern over where the bottom may lie. 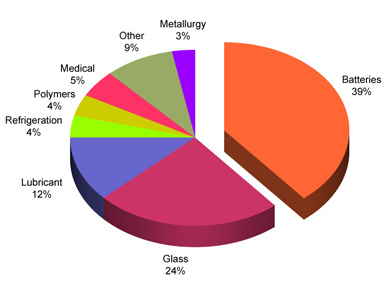 The lithium price plunge prompted speculation by the Zero Hedge blog that "The Electric Car Boom Could Be Over… For Now" (source article in Oil Price.com).

No one knows when prices will stabilize. This comes at a time when Australian lithium production could increase by almost a quarter over the next two years, plus the second-largest producer in Chile is expected to double output by 2023/24.

Eric Evarts of Green Car Reports on Aug. 1 viewed the news with less sensation and saw it as good news for the burgeoning, but currently slumping, EV industry.

South American lithium prices could drop from $10,000 per ton to between $7,000 and $8,100, the report notes. This could lead to cheaper batteries in the short run, though automakers such as Tesla and Volkswagen remain concerned about longer-term supplies.

What's startling about the lithium price plunge is that few saw it coming. In fact, most thinking was that just the opposite would happen as EV demand grew, as Forbes contributor James Ellsmoor wrote on June 10.

The growing use of lithium batteries to store energy has exposed one of the dirtier sides of transitioning to a low carbon economy. To create these batteries, there is a need for a range of rare earth metals [of which Lithium is not a member] that require heavy mining and manufacturing that emit significant emissions. Furthermore, major components such as lithium, nickel, and cobalt exist in a finite amount that is unlikely to meet the current and future demands for battery units.

In addition, Ellsmoor suggested that an increase in lithium supply would come from recycling of old EV batteries, "thereby reducing the need for new mining endeavors."

There may be a lesson here, in this correspondent's opinion, in that the lithium supply and demand relationship is a current illustration of why economist Julian Simon decisively won "The Bet" (as written by Yale history professor Paul Sabin) made in 1980 with ecologist Paul Ehrlich on the future prices of five metals. Resources may, in fact, be finite, but through technology, markets, and use of substitutes, supply can meet demand if the price is right.

As the Yale University Press summary explains, "Paul Sabin shows how the fight between Ehrlich and Simon—between environmental fears and free-market confidence—helped create the gulf separating environmentalists and their critics today."

As for slumping demand for electric vehicles, that's another story, told here by Bloomberg New Energy Finance (BNEF) on Sept. 2.

EV sales last month dropped almost 7% compared with the same month a year ago and 51% from June, BNEF said, prompting it to lower its forecast for 2019 by 6% to 1.5 million units.

BNEF attributed July’s drop to a number of reasons, including a continued slowdown in new vehicle sales in China, discounts on internal combustion engine vehicles and a reduction in subsidies on electric vehicles.

FULL STORY: The Electric Car Boom Could Be Over… For Now

Two new reports on the outlook of electric vehicles paint a bright future for the new technology. No country is more critical than China, where policies will force global auto companies to invest in clean technology if they want to have a future.

The Era of the Electric Vehicle is Approaching

A new report from Bloomberg New Energy Finance predicts that due to a plunge in battery prices and improvement in battery technology, electric vehicles will be cost-competitive with gasoline vehicles in eight years. By 2040, they will outsell them.