The N Line (not pictured) is the latest new rail line to be opened as part of the Regional Transportation District's FasTracks plan to add 120 miles of rail to the region. | jackanerd / Shutterstock

The Regional Transportation District, the transit provider for the Denver region, is opening the N Line rail line between Downtown Denver and the city's Northern Suburbs.

An article by John Aguilar prepares the public for what will be a very strange opening indeed, with the coronavirus gutting transit ridership in the Denver region as in other parts of the country. In Denver, transit ridership has declined by 64.4 percent, according to Aguilar, during the second quarter of 2020 compared to the previous year.

The 13-mile commuter rail line connecting Union Station to Commerce City, Northglenn and Thornton is one of the only major transit projects anywhere to go operational in the midst of a global health crisis, and its launch next week raises fresh questions about what the future of public transportation will look like once the coronavirus fades into memory.

Because of the pandemic's effect on ridership, the "N-Line will likely carry less than half of the projected 5,600 to 8,100 daily riders it was expected to have at the end of its first year," reports Aguilar. RTD service designer have cut headways on the N-Line before it's even open. Trains will run every 30 minutes, down from the originally planned 20 minutes. 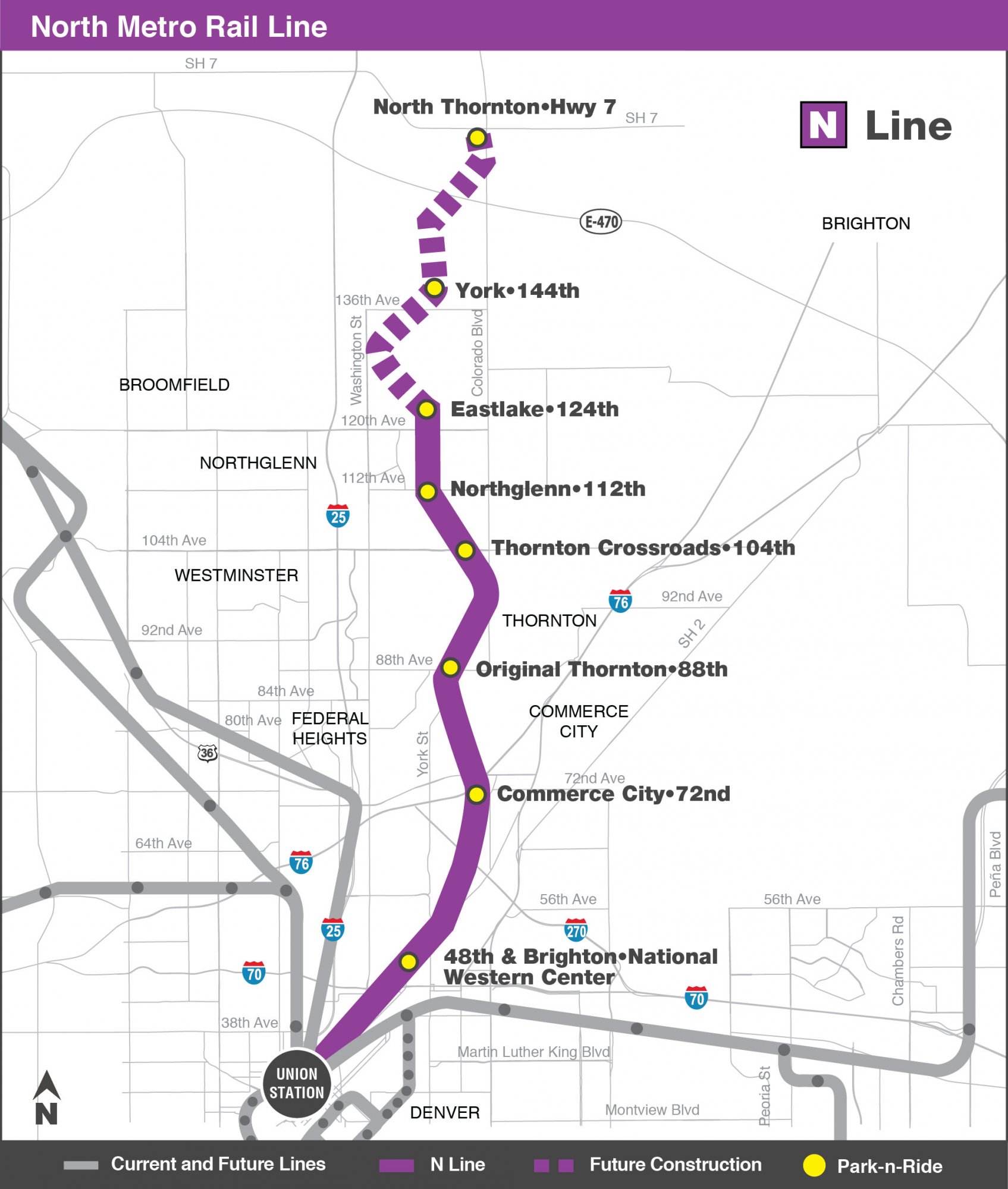 As Colorado's Regional Transportation District plans for the 2021 budget, over 800 jobs could be cut as in attempts to regain financial losses caused by the coronavirus.