The Bay Area is one of the few metro regions in the U.S. with a separate MPO and COG, but that could change after voting members of both the Metropolitan Transportation Commission and the Association of Bay Area Governments agreed to a merger study.

"Leaders of the Association of Bay Area Governments (ABAG) at an early morning meeting agreed to study merging with the Metropolitan Transportation Commission (MTC), a proposal they had initially opposed," writes Andrew McGall of the Bay Area News Group. 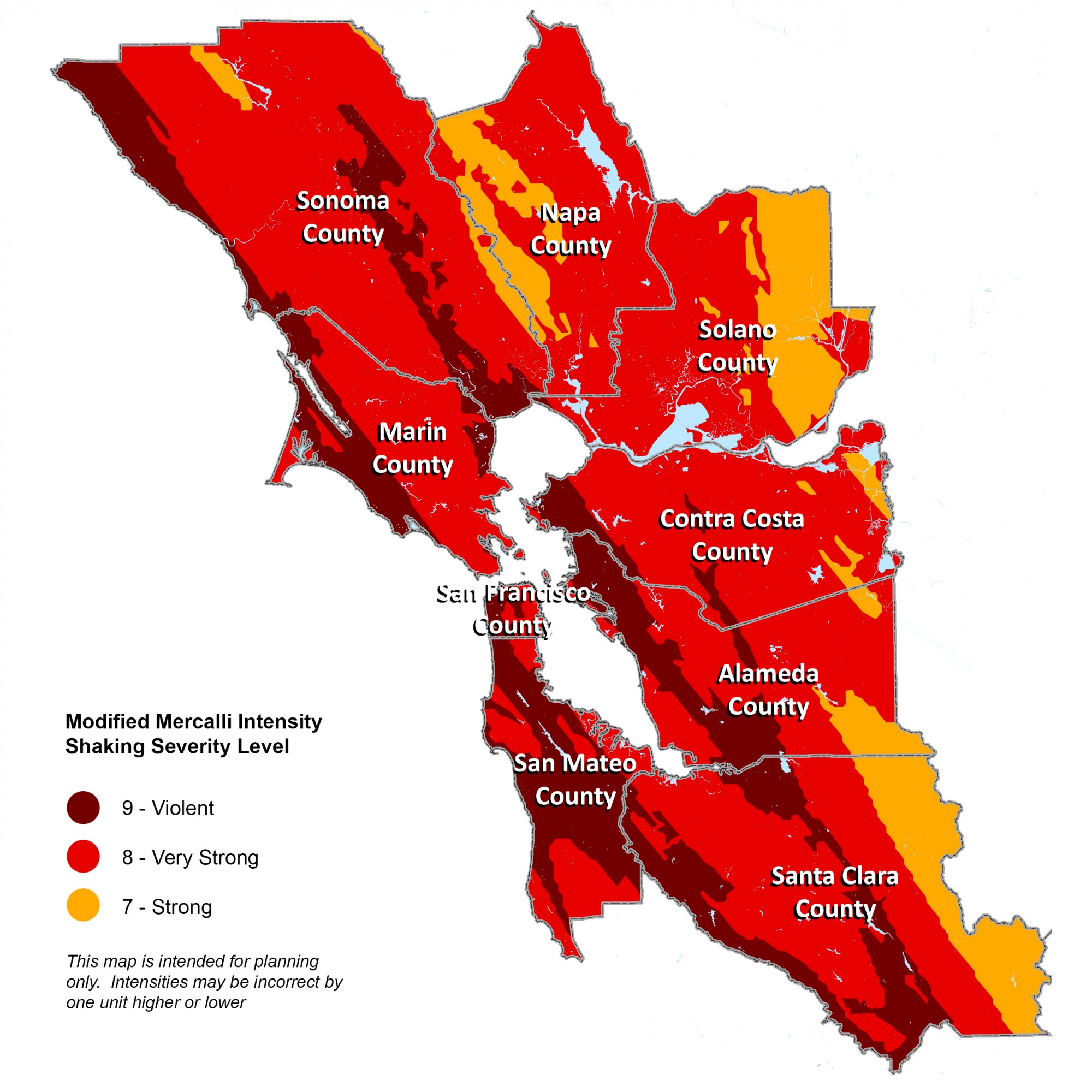 ABAG is the region's coalition of governments (COG) that deals with housing allocations and other planning (including earthquake preparation as illustrated above) while MTC is the metropolitan planning organization (MPO) that "is the transportation planning, coordinating and financing agency for the nine-county San Francisco Bay Area," according to its webpage.

Later in the morning, the commission's board tossed aside its plan for a unilateral takeover of ABAG's planning staff. Instead, it unanimously approved working with the association to complete a merger plan by June 1.

"The two agencies are vastly different in size and scale, with the MTC’s budget of $945 million dwarfing ABAG’s budget of $27 million," notes The Daily Journal.

What's more, ABAG gets its funding from MTC, notes MTC Executive Director Steve Heminger in an earlier, comprehensive Contra Costa Times column comparing the functions of the two agencies and explaining why Bay Area residents should be interested in the proposed merger.

The support for ABAG from cities comes as a surprise considering the agency is disliked by many because of its role it plays in assigning regional housing need allocations.

"These are unelected people who have this personal vision of what is good for everybody else," Corte Madera Councilman Michael Lappert said of ABAG before voting to withdraw from the agency. "They have no check, no balance." [Marin Independent Journal, 03/07/12]

In an opinion (posted here) for the San Jose Mercury News, Egon Terplan, Regional Planning Director for SPUR, writes, "In recent decades, there have been numerous attempts to merge ABAG and MTC. None has succeeded."

To understand the historical basis for the split and some of those past attempts, see chapter 2: "Origins And Evolution Of COGs And MPOs—And Their Split In The Bay Area" of a Public Policy Institute of California "occasional paper": "Considerations Regarding the Possible Merger of the Association of Bay Area Governments and the Metropolitan Transportation Commission Reform" (pdf), dated October 30, 2001.

Can a Single Regional Planning Agency Fix What Ails the Bay Area?

The potential to address the housing and transportation issues of the Bay Area by a single regional agency will be addressed this week.

Plan Bay Area: Sued From the Right, Now the Left

Plan Bay Area must be doing something right as it seems to be antagonizing those on both ends of the planning spectrum. First, a libertarian group sues because of "densification", and now environmentalists sue because not enough funds go for transit.

According to SF State University geographer, Jason Henderson, the adoption of Plan Bay Area by MTC and ABAG last Thursday was a "watershed moment in regional planning", but it also was a missed opportunity to improve transit to capture more trips.