It's been a heady couple of years for mass transit. Like the "class nobody" who suddenly becomes the coolest kid on campus, mass transit is basking in its newfound popularity, flirting with the eyelash flutters of an attractive economic stimulus package and emboldened by a new president who has promised to put it back on the map, big time.

If you think the past two years have been game-changers, just wait.

This year will be the year transportation historians point to as the turning point for U.S. mass transit. The constellation of opportunity that lies before us is unprecedented. Consider: 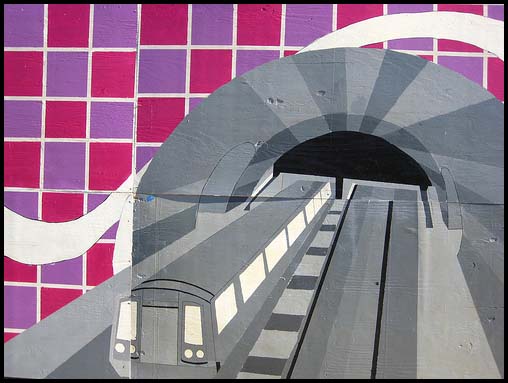 All of these events have aligned to form a use-it-or-lose-it platform on which to elevate mass transit's status. Historians will either chide us for squandering these opportunities and the momentum or celebrate us for recognizing and capitalizing on them.

How do we become the transportation heroes of tomorrow and not the villains? Below are five steps to protect our momentum and build a more balanced transportation policy in 2009.

Ever listened to a crowd at a football game? All you hear is an indiscernible roar. That's because, when everyone shouts something different, nothing is heard. But, when they chant in unison, it can be effective and powerful. Communication is the same way. We must use our industry's collective voice to extol the benefits of public transit, so our case comes through loud and clear. Following are three key messages critical to sustaining momentum in 2009:

With the reauthorization bill on the table, we need to communicate this value message in every speech, every promotional piece and every conversation we have with decision-makers.

Funding mass transit today will produce a grandparent-to-grandchild payoff similar to that of the Interstate Highway System which was made possible by Eisenhower in 1956. More than 50 years later, we still are reaping the benefits of that expansive and visionary network. Transit will pay off in terms of developing a sustainable transportation option, improving our quality of life and reducing our dependency on fossil and foreign fuels. We need to promote public transit in that same light. In addition to being seen as a short-term, jobs jump-start, mass transit needs to be positioned as a long-term investment that will yield long-term rewards of increased mobility, a greener environment and greater energy independence.

The economic stimulus package has been the media darling for the past few months, but clearly the reauthorization bill is where the real meat is. Yes, the economic stimulus package will deliver a whopping amount of money to transit projects, but one misconception is bound to spin out of it: Americans will see the huge amount of funding directed toward mass transit and think, "Problem solved."

This unexpected windfall, while much-needed, will not solve all mass transit's problems. We must start the education process now. The stimulus package supports ready-to-go projects that will sink shovels into the ground in the first 90 days or so. But, the Eisenhower-esque initiatives – the long-term, visionary projects – need to be provided for under the next transportation reauthorization bill. It's a two-pronged effort.

One of the reasons the United States became a global economic power was our ability to quickly and efficiently transport goods. We must protect that mobility as if it were an asset as precious as America's entrepreneurial spirit or its national landmarks. How? We can't possibly build enough roadways and runways to accommodate future demands on our transportation system and, at the same time, preserve our environment and quality of life. But, we can supplement that system with more mass transit.

Other countries, such as the BRIC countries (Brazil, Russia, India and China), are investing in infrastructure and mass transit and are catching up rapidly with the United States:

Transit historically has drawn the short straw when it comes to transportation funding. We have the opportunity to even out that lopsidedness in the next transportation reauthorization bill. First, we can use our collective muscle to advocate for a more balanced transportation policy by ensuring that mass transit receives a greater share of funding. Second, we can relay our vision of a next-generation system that integrates multiple modes of transportation, including aviation, light-rail, bus rapid transit and high-speed rail, with the highway system.

The American Public Transportation Association's High-Speed and Intercity Rail Committee believes high-speed rail is different and significant enough to warrant an investigation of its own separate and permanent funding mechanism, similar to the Highway Trust Fund.

Of course, the No. 1 question is: Would a high-speed rail funding source take away from other transit funding sources? The answer is: We don't know yet. It's a question the committee is investigating while weighing the pros and cons of such a law. However, the concept deserves consideration nonetheless.

Mass transit is stuck between a public utility rock and a self-sufficient hard place. When these systems, which we expect to be self-sufficient, raise fares to cover their costs, they spark community outrage from those who believe public transit should be free. This paradigm has to change. Either there is enough public investment to cover operating and maintenance costs and keep fares low, or the public accepts that it must pay for the quality service it receives.

I believe that a tectonic shift is taking place. In the past few years, our society has demonstrated a higher level of consciousness in how we develop communities and in the personal choices we make. Planners and developers are creating communities that make transit more accessible and, therefore, easier to use. And, more Americans are giving up their cars for public transit. According to the APTA, U.S. transit ridership was up 6.52 percent in the third quarter of 2008 compared with the third quarter of 2007 and up 4.99 percent year-to-date during that same timeframe. This, despite the lure of lower gas prices.

These shifts in thinking are necessary to propel mass transit to the next level.

5. Use mass transit as a smart growth tool.

If a city has a corridor that needs to be developed or redeveloped, one of the smartest steps they can take is to build a transit station there. Mass transit is a magnet for development. It allows city planners to encourage high-density growth where it makes sense, protecting our greenbelts and rural areas from uncontrolled urban sprawl that can tax a city's resources. There are examples across the country where a transit rail line and station have gone in and development mushrooms around them. It happens organically.

We are standing on the platform of transportation history. Our train is coming. Getting onboard will mean communicating the same key messages, balancing the funding distribution, creating a separate funding source for high-speed rail, changing mind-sets and using mass transit as a smart growth tool. It won't be easy. Creating something new never is. But, despite the challenges, we must be on that train.

Peter Gertler, AICP, is vice president and high speed rail services chairman for HNTB Corporation. Gertler has more than 22 years of professional public transit experience and specializes in transportation planning and engineering with an emphasis on large public transit project development. He has managed more than $10 billion in rail transit investments in the United States, Europe and Africa. Contact him at (510) 208-4599 or [email protected].