The Planetizen 2003 List features the top 10 popular titles published in 2002. The Planetizen 20 features the all-time top 20 planning titles that every planner and developer should read. Planetizen has partnered with Amazon.com to enable you to purchase any title by selecting the link, "Buy this book."

The Planetizen 2003 List features the top 10 popular titles published in 2002. The Planetizen 20 features the all-time top 20 planning titles that every planner and developer should read. Planetizen has partnered with Amazon.com to enable you to purchase any title by selecting the link, "Buy this book." 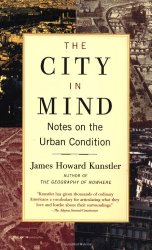 The City in Mind: Notes on the Urban Condition
by James Howard Kunstler (January, 2002)

Author of Geography of Nowhere and Home from Nowhere, Kunstler opines the urban condition of eight cities (Paris, Atlanta, Mexico City, Berlin, Las Vegas, Rome, Boston, and London) and how they became sublime expressions of the urban spirit. 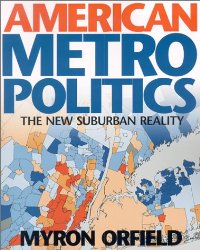 A sequel to his groundbreaking book Metropolitics which combined demographic research, state-of-the-art mapping and resourceful, pragmatic politics, Orfield teams with Katz to document how and why suburban communities have been harmed by patterns of development. The book, written for a general audience, outlines a radically new political chemistry for positive change. 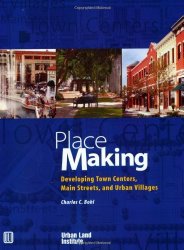 One of the hottest trends in real estate is the development of town centers and urban villages that include a mix of uses in a pedestrian friendly setting. This new book will help you navigate the unique development issues and options and show you how to make all of the elements work together. Illustrated in full color, the book includes case studies and examples that describe how leading professionals met the challenges and developed innovative and successful projects. 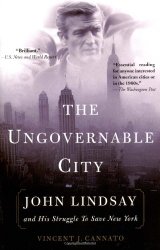 The Ungovernable City: John Lindsay and the Struggle to Save New York
by Vincent J. Cannato (June, 2002)

Liberal Republican congressman Lindsay took office as New York's mayor in 1966 on a surge of hope for "Fun City." After serving two terms, Lindsay left a city that was intensely polarized over crime and welfare, had lost a million residents, and was on the road to fiscal disaster. This ambitious work integrates Lindsay's biography with a modern history of New York City. 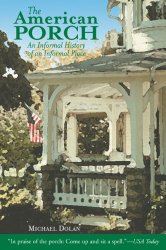 Dolan relates the colorful and surprising history of the porch in this journey through architecture, literature, film, photography, and pop culture, from ancient Greeks to modern day. The American Porch weaves many narratives into its larger story - how the word "stoic" originated, how James Ives got Nathaniel Currier to begin chronicling ordinary American life, how the "front porch campaign" became a staple of American politics. And how the porch has made a comeback thanks to preservationists and the New Urbanist movement in town planning and domestic architecture. 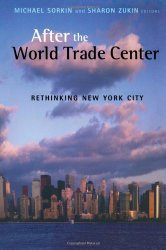 In After the World Trade Center, the eminent social critics Michael Sorkin and Sharon Zukin call on eighteen of New York's best urbanists to consider the attack and its aftermath in the broadest context. These essays provide a panoramic social portrait of the city at a new crossroads, one that both reflects New York's pre-eminent role as a financial and cultural capital and reveals the fault lines under the last few years of rapid growth. 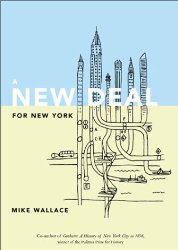 Mike Wallace, Director of the Gotham Center for New York History, argues that we not just rebuild and memorialize the post-September 11th Trade Center site, but rethink and plan more broadly for the entire city's future. He tells the fascinating and largely unknown history of the financial center and argues that September 11 has provided the city an opportunity to make its own course corrections on the river of history. 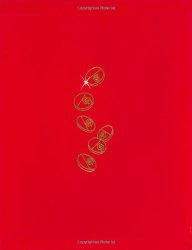 Harvard Graduate School of Design's independent study seminar, Project on the City, identifies and analyzes problems leading to and resulting from accelerated urbanization. Taking the roles of both architect and sociologist, the students present thesis essays which explore this forced modernization and the possibility of a new system for understanding the troubled relationship between urbanization and economic growth. 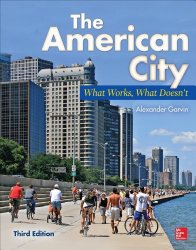 The American City: What Works, What Doesn't
by Alexander Garvin (2nd edition, June, 2002)

This comprehensive, multidisciplinary approach to urban planning and design in America analyzes key projects initiated in 250 U.S. urban areas and details which strategies and programs were successful and which failed. 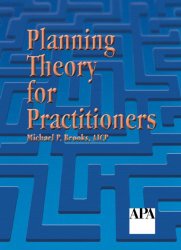 In Planning Theory for Practioners, Michael Brooks effectively bridges the gap between theory and practice. He describes an original "Feedback Strategy" approach that integrates the strengths of previous planning theories and politics.