I think sprawl stinks. I’ve also been a union member for 26 years, and I think sprawl is terrible for working families and their unions. Why do I think that? Because unions are urban institutions, and when sprawl erodes our urban cores, it also undermines good union jobs. For that reason, I am adamant that unions belong in the forefront of the smart growth movement, with environmentalists and others.

"Whereas the issues of urban sprawl and smart growth have become major public and political issues, as demonstrated by the recent passage of hundreds of ballot initiatives, ordinances and laws; and

Whereas urban sprawl strains all working families by creating overly-long commuting times, fueling air pollution responsible for skyrocketing children’s asthma rates, creating a lack of affordable housing near jobs, eroding public services, and denying workers a choice about how to get to work; and

Whereas sprawling big-box retailers such as Wal-Mart undermine unionized neighborhood grocery retailers that provide family-supporting wages and benefits; and

Whereas unionized, inner-city hospitals have been disproportionately shut down, partly because of the concentration of inner-city poverty caused by sprawl; and

Whereas the abandonment of our cities, caused by sprawl, undermines their tax base and thereby harms the quality of public services, which in turn creates pressure for privatization of those services; and

Whereas the same tax-base erosion is a fundamental cause of school funding inequities and classroom crowding, which fuel pressure for school vouchers; and

Whereas the rise of “edge cities” on the fringe of urban areas has harmed the collective bargaining strength of janitorial and building maintenance unions and dispersed the hospitality industry, harming the wages of restaurant and hotel employees; and

Whereas sprawling development on urban fringes creates new jobs beyond public transit grids, leaving commuters no choice about how to get to work, and undermining public transit ridership; and

Whereas anti-union manufacturers flee cities for outlying areas as part of their union-avoidance strategies, making jobs inaccessible for many people who need them most, including dislocated workers who have been victimized by deindustrialization and NAFTA; and

Whereas many other unions have suffered as a direct result of the disinvestments, corporate flight, and tax-base erosion caused by sprawl; and

Whereas many unions have long worked to defend urban institutions that benefit all working families; and

Whereas unions of transit workers have for decades advocated to improve public transportation that improves air quality and gives working families a commuting choice; and

Whereas many locals of the United Food & Commercial Workers have joined community coalitions against Wal-Mart and other anti-union “big box” retailers; and

Whereas many other central labor bodies and state labor federations have long advocated for policies now collectively called “smart growth,” such as affordable housing, better public transit, school rehabilitation, and the reclamation of brownfields; and

Whereas organized labor rightfully deserves credit for these many achievements, but has so far been largely overlooked in this national debate; and

Whereas “smart growth” is an ambiguous and evolving term that applies to several different kinds of policies, and many competing interest groups are now seeking to define it;

Now, therefore be it resolved that the AFL-CIO authorize and direct its leadership to actively engage in the emerging public and political debates surrounding urban sprawl and smart growth, asserting labor’s rightful role in the national debate about the future of America’s cities for the benefit of all working families."

Union pension funds often invest in real estate to support local jobs, economic development, and housing. National Association of Building Trades Unions president Sean McGarvey explains, “We want all of our resources to support our value, not to undermine it. That includes leveraging our own money, while also securing competitive returns.”

Benefits to Workers and Labor Organizations

Compact and multimodal development can benefit workers and labor organizations in many ways.

This generates more and better local jobs. One study found that Smart Growth cities average $100,000 in additional construction jobs per new resident compared with sprawled cities. This suggests that every 100 households that move from a sprawling, automobile-dependent area to a walkable urban neighborhood add five to twenty permanent jobs to the region, many of which are well-paying union jobs.

Smart Growth policies that allow more compact housing types (multiplexes, townhouses and low-rise apartments), reduce or eliminate parking minimums, and improve affordable transportation options can significantly improve household affordability. Households typically save $5,000 to $10,000 annually by living in a compact neighborhood with lower vehicle expenses. For moderate-income households this is equivalent to a 10-15% raise in income. The map below, from Center for Neighborhood Technology’s Housing + Transportation Affordability Index, shows the portion of budgets that households must devote to housing and transportation expenses for various Nashville, Tennessee neighborhoods. This indicates that central neighborhoods offer the most affordability, particularly for moderate-income families. 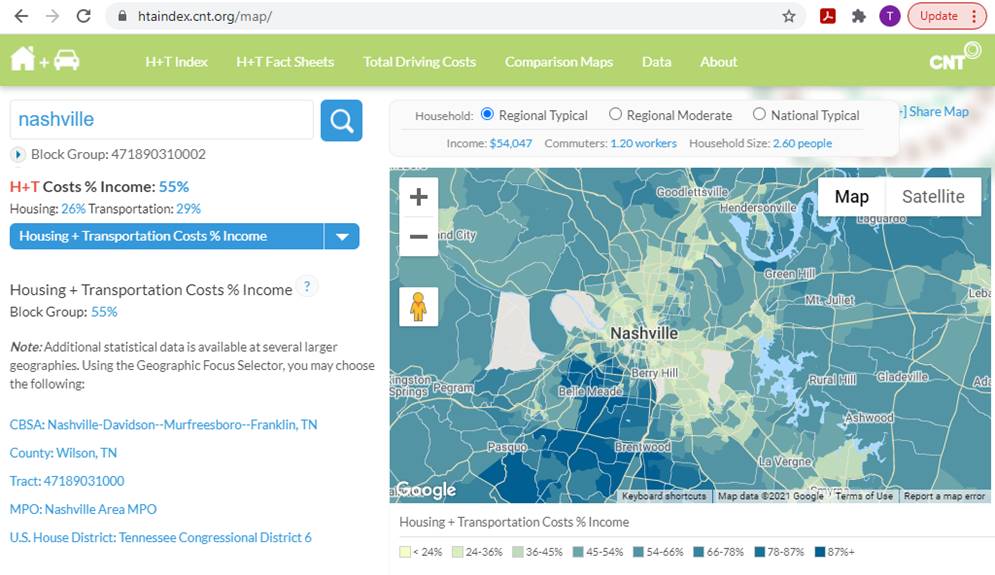 Smart Growth also tends to reduce mortgage foreclosure rates, indicating better economic resilience (that is, residents can better respond to unexpected economic stresses such as reduced incomes or increased financial burdens). For example, Smart Growth offers workers better commute options if their car breaks down, and more ways to save transportation costs if they are laid off or lose their job. Surveys indicate that many low- and moderate-income households want to live in compact housing in walkable urban neighborhoods, but cannot due to shortages. These include many current and potential future union members, particularly younger workers starting their careers, who can benefit significantly from the increased affordability provided by Smart Growth policies. 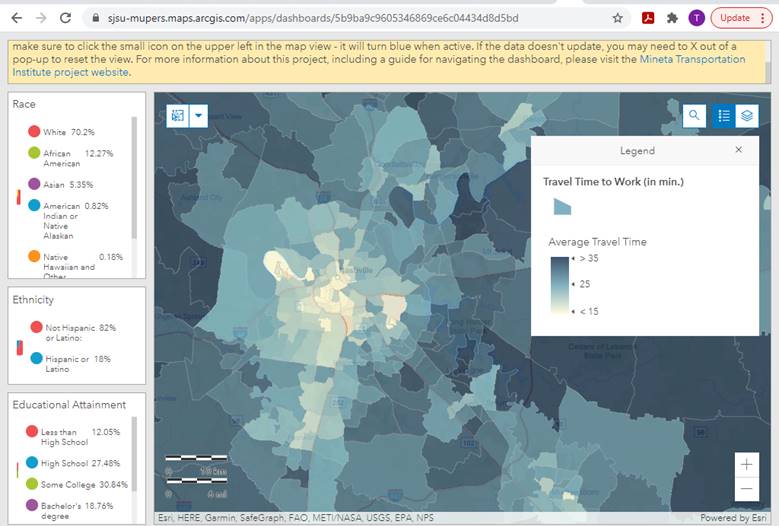 Improving affordable housing and transportation options tends to improve disadvantaged people’s economic opportunities by improving access to education, employment, and services. This is particularly important for disadvantaged workers who cannot drive. Smart Growth tends to increase economic mobility, or the chance that a child born in poverty will become more economically successful as an adult. One major study, “Does Urban Sprawl Hold Down Upward Mobility?”, found that each 10 percent increase in a community’s Smart Growth rating is associated with a 4 percent increase in residents’ upward mobility. Multimodal neighborhoods tend to have lower income inequality, and higher earnings for disadvantaged groups. 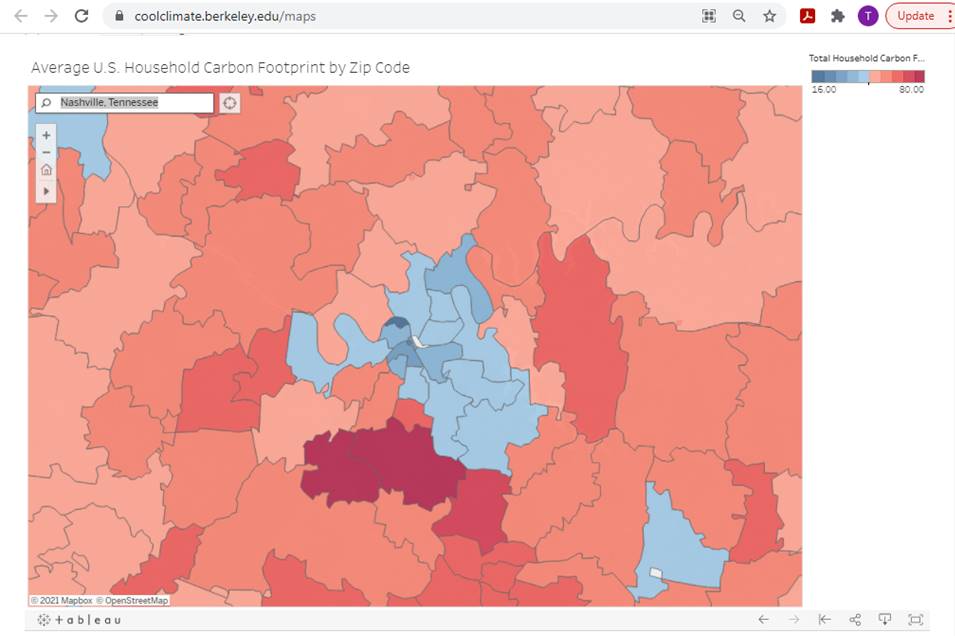 This is an optimistic message. At its core, the labor movement is about empowering workers through community cooperation. Too often, people claim that problems such as unaffordable housing and transportation, inadequate opportunity, social exclusion, poor health, and pollution are caused by outside forces beyond our control. Smart Growth allows communities to solve these problems using local policies and resources to create the types of housing and transportation systems that allow all residents to flourish.

Todd Litman (2020), Understanding Smart Growth Savings: What We Know About Public Infrastructure and Service Cost Savings, and How They are Misrepresented by Critics, Victoria Transport Policy Institute.

Philip Mattera with Greg LeRoy (2013), The Jobs are Back in Town: Urban Smart Growth and Construction Employment, Good Jobs First.

Alexis Stephens (2015), Sprawl Is the Most Inconspicuous Adversary of Labor Unions, Next City.