We live in a culture where cat calls are routinely characterized in movies, television, and advertising. It's so pervasive that it even appears in children's movies, such as The Muppets Take Manhattan, when construction workers flirt with Miss Piggy. In 2014, the issue of street harassment caught national attention when a mother of three was murdered in Detroit after she rejected a male's advances in a public space.

Nina Flores from the University of California at Los Angeles tackled the issue of street harassment, defined as unwanted in-person comments or physical contact usually sexual in nature. Flores argues that street harassment limits women's ability to access public spaces with the same freedom and ease of their male counterparts. A 2014 national survey found that 65 percent of women had experienced street harassment, with a disproportionate portion of persons of color and LGBTQ members experiencing harassment. Harassment can range from verbal to physical.

Even Jon Stewart's The Daily Show recognized the pervasiveness of street harassment. In the image shown below, the map illustrates that women can be harassed on any street.

The example below describes what is all too common, a person engaged in public harassment and no one stepped in to stop it.

Flores searched Twitter using hashtags such as #StreetHarassment and #EndSH. It's important to note is the trending nature of hashtags, quickly rising in popularity and then fading. For example, when the #YouOkSis campaign started, tweets referencing this hashtag increased. She then went on to code and analyze the tweets to understand what people sought to communicate around street harassment. People were choosing to share their personal stories and experiences, such as:

Street harassment also impacts students, who expressed frustration about their routes to school.

There were frequently calls to action with the #EndSH and #YouOKSis hashtags, such as:

There are also tweets of recognition and resistence. With people calling out incidents of street harassment, such as:

While those being harassed were at times vocal, so are those who are undertaking the harassment.

Yes, street harassment happens, but why is this an issue planners should be concerned with? The fear of using public spaces prevents people from equally using the city. Flores research demonstrates that women feel a lack of safety in public, that power relations play out in public between men and women, and that harassment leads to a reduced right to the city. Planners pride themselves on creating vibrant public spaces. Yet, when these spaces cannot be enjoyed by all this creates inequality. Prevalence of street harassment makes our cities public spaces unfriendly and unsafe. 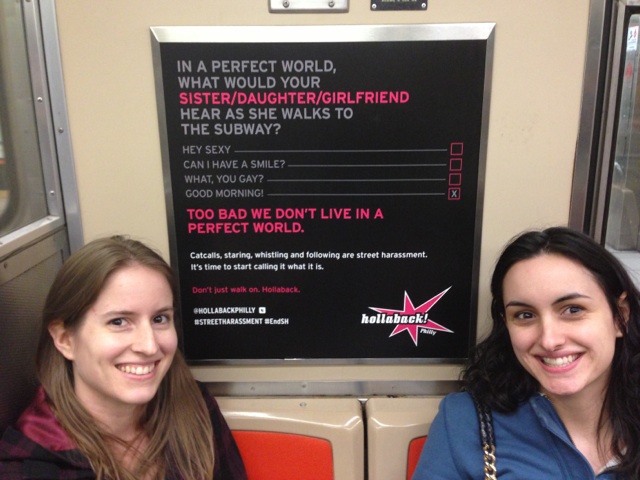