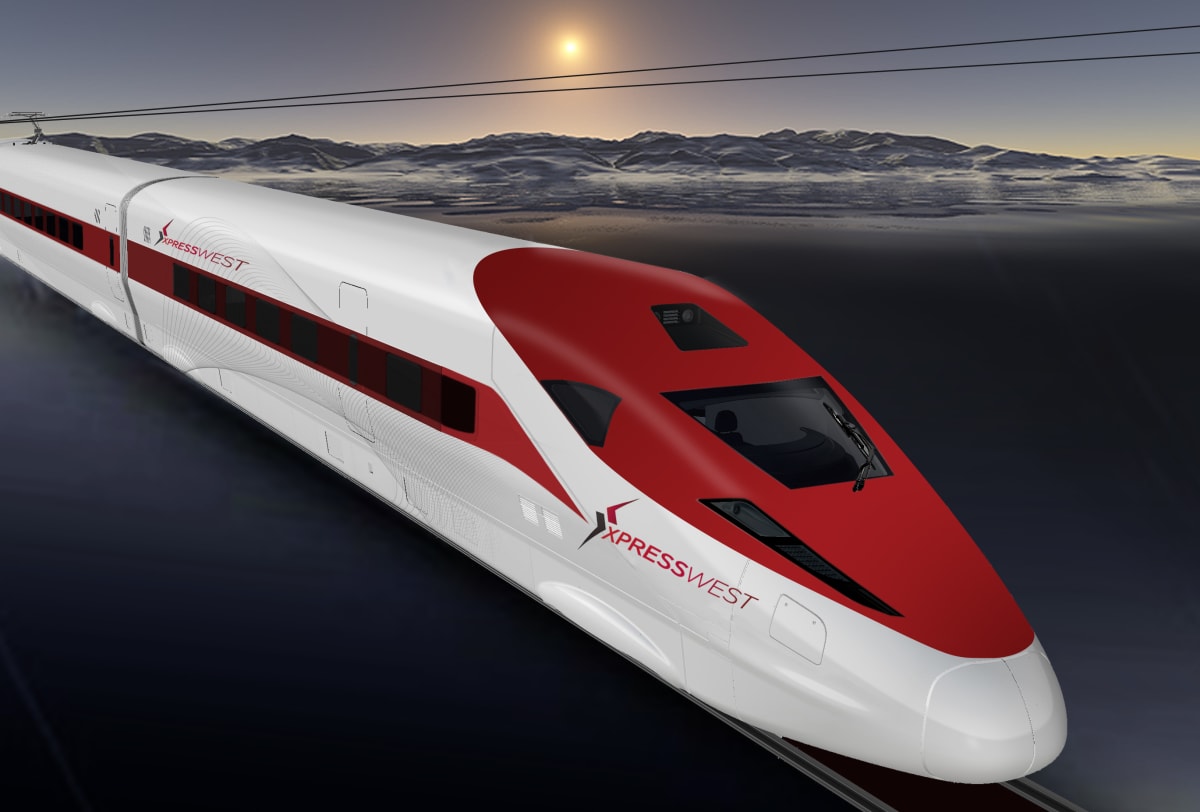 The project has already cleared its environmental impact study, obtained all of the necessary DoT licensing and right-of-way approvals, and is ready to begin building as soon as next September.

"The project comes after four years of negotiations and will be supported by $100 million in initial capital, according to Bloomberg News. Indeed, Planetizen's last post on the project, then called DesertXpress [PDF], was almost four years ago after it "received clearance from the federal Surface Transportation Board."

The privately funded, 230 mile route stretches from Victorville [Population: 121,096 (2013)] in San Bernardino County, Calif. to Las Vegas, Nev. The train would run at 150 mph, "primarily adjacent to Interstate 15, the only freeway between Las Vegas, Nev., and Los Angeles," according to the earlier Planetizen post. 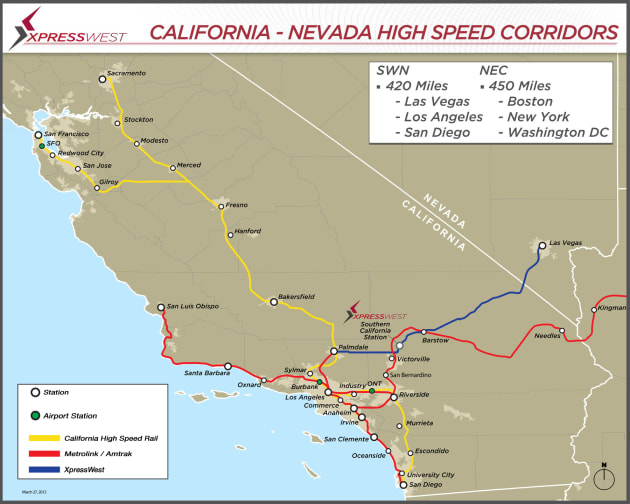 From that earlier post: "While completely separate from the state High-Speed Rail Authority, DesertXpress [now XpressWest] is counting on the construction of the HSRA line to provide a high speed rail connection to the Victorville vicinity from Los Angeles, ideally from the Palmdale station, 50 miles from Victorville - though the HSR Authority prefers a route that would eliminate that station."

The agreement comes in advance the first official state visit to the U.S. by Chinese President Xi Jinping on Sept. 25.

"As the domestic Chinese market has become saturated with high-speed rail projects, many of its largest railway companies have begun vying for international contracts," writes Tarantola.

As Yang Zhongmin, deputy chief engineer with China Railway Group, pointed out at a recent press conference, "This is the first high-speed railway project where China and the U.S. will have systematic cooperation. It shows the advancement of China-made high-speed railways."

A Planetizen post last year reported that China Railway Construction Corp. (CRCC), a different group, had bid on a high-speed rail project in Mexico. That contract was canceled.

Older Planetizen posts under "related" (below) show that the predecessor to the privately-funded DesertXpress was a maglev line backed with $45 million in federal funds, running from Anaheim, Calif. to Las Vegas.

Acela is an existing high-speed train that runs from Washington, D.C. to Boston, though it needs lot of upgrading to attain a uniform 150 mph speed. All Aboard Florida will travel from Miami to Orlando at a speed of 125 mph using diesel locomotives.

FULL STORY: US and Chinese firms agree on high-speed rail plan from LA to Vegas

China Railway, which had agreed to put up $100 million for XpressWest to build a 230-mile, 190 mph train from Victorville, Calif. to Las Vegas last September, withdrew from their agreement, primarily due to the inability to use their own trains.

A plan to build a high-speed rail line between Southern California and Las Vegas is on hold after the developer came up short on fundraising. Affordable housing projects in California stand to benefit from the newly available state bond funding.

California to Las Vegas High-Speed Rail: Expected for Construction in 2020