Drive Till You Disqualify: Will Businesses Continue Hiring Super-Commuters?

Workers with long commutes are more likely to be be tired and stressed at work, and businesses are learning that they often make for less productive employees.
Shane Phillips | @shanedphillips | February 14, 2014, 6am PST
Share Tweet LinkedIn Email Comments
Shutterstock

The negative effects of a long commute have been well documented: obesity, loneliness, physical pain, marital trouble, stress and its related health problems, insomnia, political apathy. Long commutes also affect employee attitudes—33 percent of employees that live within 15 minutes of their work consider themselves "actively engaged" at work, compared to just 23 percent of those that live more than 45 minutes away—which have a direct impact on absenteeism and productivity. And it looks like employers are starting to take notice. 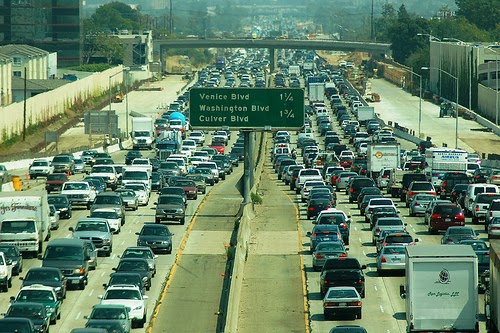 In an article at The Atlantic about the emerging role of big data in employers' hiring practices, author Don Peck profiles the recruiters at Xerox Services, which employs about 45,000 workers at U.S. call and customer-care centers. That number of employees provides a treasure trove of data, and, in partnership with a small data-gathering and analysis company called Evolv, they've made a science of evaluating what matters and what doesn't when it comes to assessing an applicant's resume. When Xerox started using this data in its hiring decisions, it saw a 20 percent drop in turnover and an increase in promotions. They also learned something surprising (emphasis mine):

Previous experience, one of the few criteria that Xerox had explicitly screened for in the past, turns out to have no bearing on either productivity or retention. Distance between home and work, on the other hand, is strongly associated with employee engagement and retention.

This shouldn't come as any surprise—we all know the impact long commutes can have on us, especially when we're stuck behind the wheel in traffic. But now businesses are learning this too, and some potential hires may suffer the consequences. To be clear, Xerox says that it doesn't use this data because distance from work can be interpreted as discriminatory (lower-income minority neighborhoods may be more distant from the business center, for example), but is anyone naive enough to believe that employers never take this into account? Given two roughly equal candidates, why risk hiring the one that's statistically more likely to be tired, stressed, and less productive at work, and more likely to leave before your investment in them has paid off?

The "drive til you qualify" model of home-buying has already been debunked as more expensive—over the long haul—than owning closer to job centers. If employers use this information rationally, it may mean fewer job offers and opportunities for career advancement for those that sought the “American Dream” in a cul-de-sac and a two-car garage.

This line of thought isn't meant to pick on the suburbs. Lower productivity and all the other ill effects associated with long commutes affect the whole economy, as well as individuals, and the greater the number of people that are forced to live far from where they work the worse off we'll all be. By definition, people don't choose to "drive til they qualify" because they love sprawl so much (not all of them, at least). They do it because it's the nearest thing they can afford. For many, particularly those purchasing their first home, a mortgage for a house in the city is just too costly, and you have to start somewhere. Given the choice between continuing to rent closer to work and investing in a home further afield, it’s easy to understand why many choose the latter.

But this isn't a purely market-driven choice. The reason that suburban home looks so appealing is a combination of lower-than-socially-optimal gas taxes; mortgage interest and property tax deductions that unnecessarily favor home ownership; massive road subsidies, including for local roads; a federal financing and mortgage insurance system that heavily favors single-family homes; and city zoning policies that reduce the amount of housing available close to job centers and drive up the cost of what's already built, among other things. As long as these policies persist, we're going to keep spending our tax dollars on things that make our fellow residents less healthy, less happy, less productive, and less successful.