Two new reports on transportation funding issued in advance of the July 4th weekend focus attention on gas prices and vehicle travel. Seven states will increase gas taxes on July 1 according to the Institute on Taxation and Economic Policy. The national average gasoline price for the holiday weekend is projected to be $2.21 gallon, the lowest since 2005, according to Gas Buddy, and the first time lower than on New Year's Day. 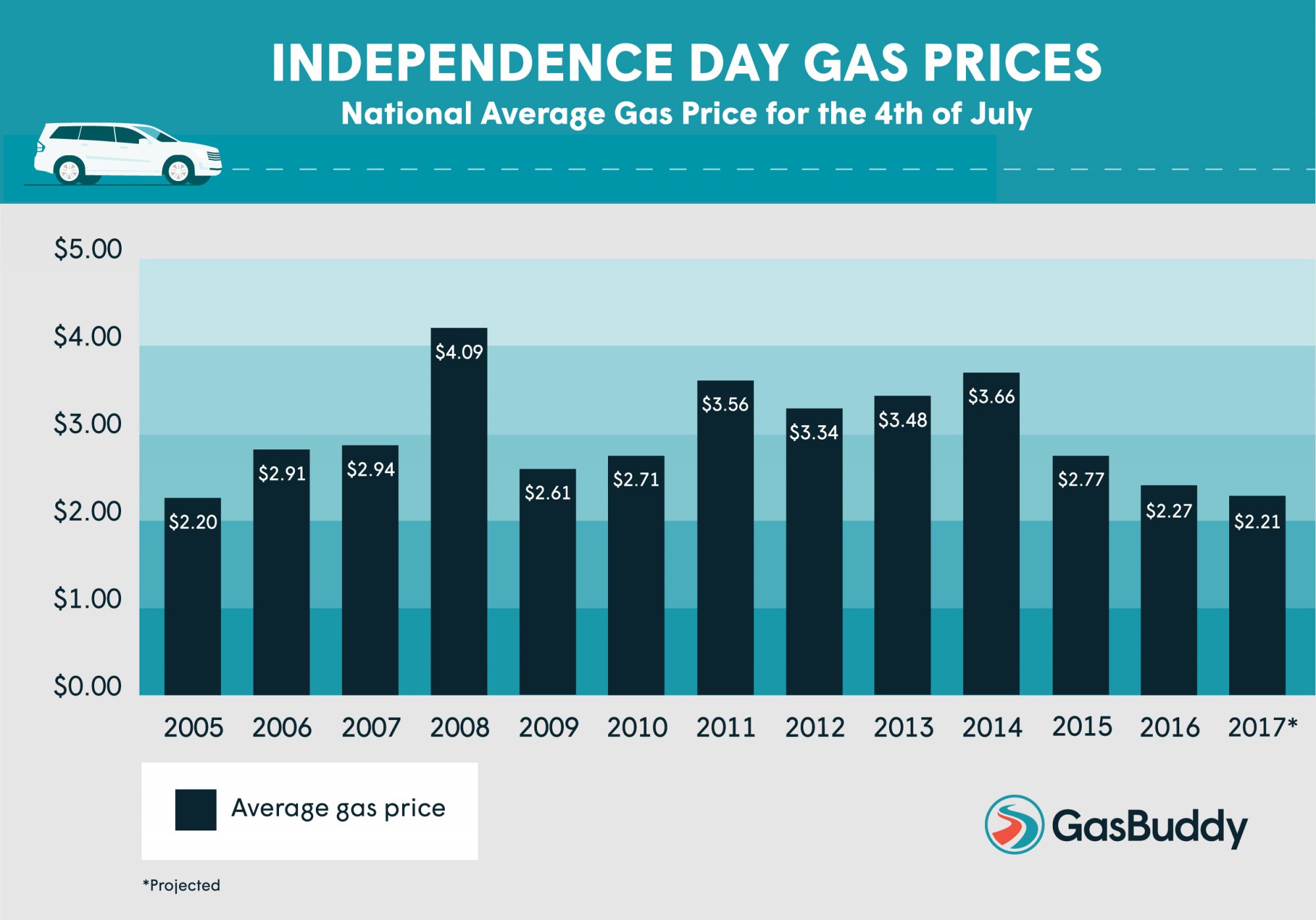 "With 1.25 million more travelers than last year, 2017 will be marked as the most traveled Independence Day holiday weekend ever," reports the AAA. "37.5 million Americans will drive to their destinations, an increase of 2.9 percent over last year." The projection should not come as a surprise as the Federal Highway Administration issued a report in April showing that Americans set another record for vehicle miles traveled.

Low gas prices are an ideal time to hike gas taxes, and seven states will do just that on July 1, mostly due to legislatures who had the ability to overcome significant political challenges.

The Institute on Taxation and Economic Policy (ITEP) describes the details behind all the state gas tax changes that take effect July 1 in the first of three reports. 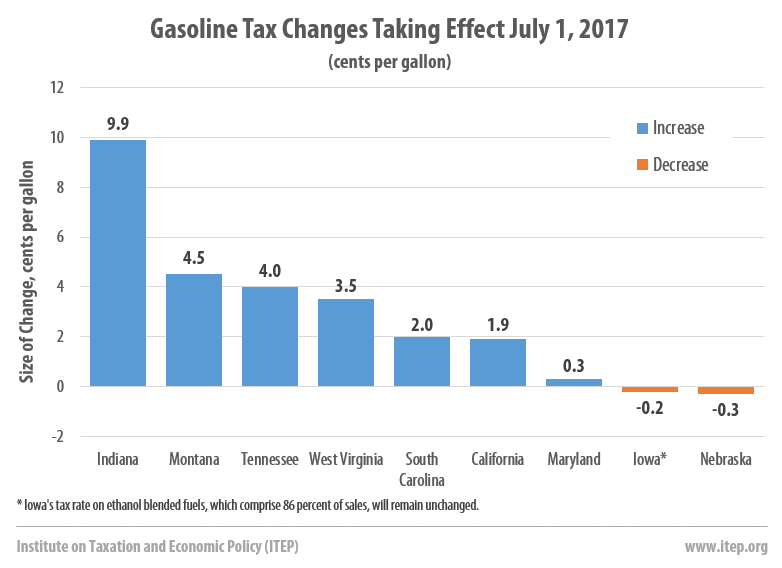 Finally, Dug Begley, transportation writer for the Houston Chronicle, reports on new research published in the Journal of Public Economics [pdf] concluding that a "federal tax on vehicle miles traveled [VMT], as opposed to a per-gallon tax on gasoline, could raise money for the Highway Trust Fund and improve society, to the tune of a 20 percent increase in social welfare."

The report indicates that a VMT fee would correct the funding problem created by the policy inconsistency of a stagnant federal gas tax, unchanged since 1993, and steadily increasing fuel economy standards, currently set at 54.5 mpg by 2025, though President Trump is trying to roll it back.

The researchers, Brookings Institution’s Clifford Winston, the University of Arizona’s Ashley Langer, and the University of Houston’s Vikram Maheshri, write (in a message tailor-made for the record travel expected this holiday weekend):

A VMT tax has the potential to generate a more stable stream of revenues than a gasoline tax because motorists cannot reduce their tax burden by driving more fuel efficient vehicles.

Wednesday, June 28, 2017 in Institute on Taxation and Economic Policy

State Gas Tax Changes Effective July 1: Six Up; One Down

Carl Davis, Research Director of the Institute on Tax and Economic Policy (ITEP) writes where gas taxes used to fund transportation infrastructure increased, if only by decimal points, and about the aberration—the six-cent plunge in California.