There are many possible ways to reduce housing costs but some are much better than others overall. A cheap house is not truly affordable if located in a sprawled, automobile-dependent area with high transportation costs, and households can rationally spend more than is generally considered affordable for a house located in a walkable urban neighborhood where they don't need a car. True affordability therefore requires policies that increase affordable-accessible housing [pdf]. Many cities have a shortage of such housing, forcing low- and moderate-income households to spend more than they can afford.

Affordability refers to households ability to purchase basic goods such as food, clothing, shelter, transportation and healthcare. In the past, affordability was often defined as households spending less than 30% of their budgets on housing, including rents or mortgages, property taxes and insurance, basic utilities and maintenance, but since households often make trade-offs between housing and transportation costs, many experts now recommend evaluating affordability based on lower-income households’ ability to spend less than 45% of their budgets on housing and transport combined.

The following two graphs illustrate the problem. The first shows the portion of household budgets devoted to various goods. Excepting the highest quintile, all income categories spend more than 45% (indicated by the orange line) on housing and transportation.

Of course, these cost burdens vary depending on household circumstances. Since approximately a third of lower-income households own their homes and a quarter own no vehicles, these average statistics understate the cost burdens on those that pay rents or mortgages, and own cars. The second figure shows spending by lower-income households (average of first and second income quintiles), assuming that home-owning households spend 70% less on housing, and car-fee households spend 70% less on transportation, than overall averages, and with adjustments to other spending categories based on their budget shares. This indicates that lower-income households that pay rents or mortgages and own a motor vehicle devote approximately 60% of their budgets to housing and transport, approximately 30% more than is considered affordable. 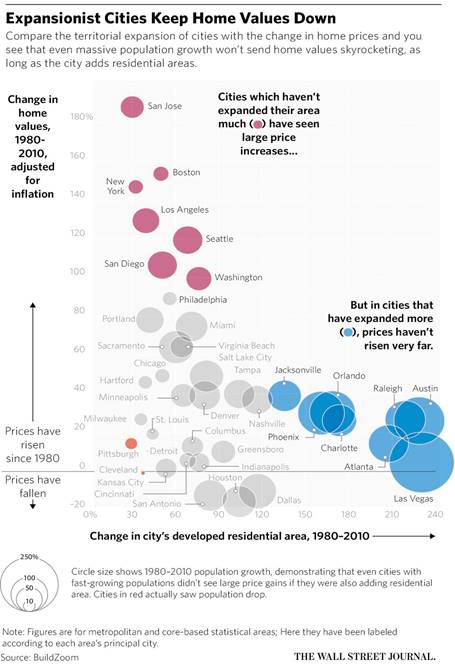 The IHAS's overall ranking shows the same myopia. Consider the cities it ranks as most and least affordable:

The most affordable are all smaller, slower-growing inland cities. I’m sure they are nice places to live, but are inappropriate models for increasing affordability in large, attractive, economically successful, rapidly growing coastal cities, such as Hong Kong, Sydney, and Vancouver. The key to affordability in geographically constrained cities is to allow more affordable infill housing by reducing restrictions on compact housing types (townhouses and multi-family housing), and eliminating minimum parking requirements.

The IHAS ignores the much higher transportation costs of sprawled cities. These costs are illustrated by recent analysis, summarized in the table below. It compares the United States' 25 largest compact cities and 25 largest sprawled cities. Compact city households devote an affordable 40.4% of their budget to housing and transportation, compared with sprawled cities' unaffordable 49.9%. This can be explained by the sprawled cites much lower Walkscore ratings and higher automobile commute mode shares, which require most adults to own a personal automobile. Compact city residents have more affordable transport options, offering thousands of dollars in annual transport cost savings. Of course, not every household takes advantage of these potential savings. Many spend more on automobiles than is essential, for convenience or status sake, but having the ability to reduce vehicle ownership and associated costs if needed (for example, if a household's incomes declines or has a new financial burden), can significantly increase affordability.

The IHAS cites a study by Chang-Tai Hsieh and Enrico Moretti, "Why Do Cities Matter? Local Growth and Aggregate Growth," as evidence that housing regulatory constraints in economically successful urban regions such as San Francisco and New York reduce national employment and productivity growth; they imply that this refers to urban containment regulations but the study actually emphasizes agglomeration efficiencies and so criticizes restrictions on urban infill. In fact, they point out that the type of population growth that the IHAS advocates, based on low housing costs rather than productivity growth, can be economically harmful. They explain: "Essentially, Phoenix, Las Vegas and Riverside have attracted many residents because of good weather and abundant supply of cheap housing but this reallocation results in a loss in aggregate output because it has brought more people working in cities where the marginal product of labor is low."

Instead, they advocate unrestrained urban infill in economically successful regions. Citing San Jose, California, Hsieh and Moretti explain, "In a region with some of the most expensive real estate in the world, surface parking lots, 1-story buildings and underutilized pieces of land are still remarkably common due to land use restrictions." They therefore recommend national policies to reduce such restrictions, plus major investments in commuter rail to improve labor access in economically dynamic urban regions, exactly the opposite of what Cox and Pavletich suggest.

More compact development can also help households generate more long-term wealth [pdf] by allowing them to shift spending from vehicles, which rapidly depreciates, to housing, which tends to appreciate in value. Choosing a home in walkable urban neighborhood rather than an automobile-dependent, urban-fringe location can typically provide a household with about $6,000 in annual transportation cost savings, which can finance about $100,000 in additional housing investment. A household can build an additional $65,000 in equity (wealth) in a decade by choosing a more expensive urban home that requires less spending on transportation instead of a cheaper house at the urban fringe with higher transportation costs.

This is not to suggest that cities should never expand, but to be resource efficient and maximize overall accessibility the expansion must be compact and multi-modal, with good walking, cycling and public transit in order to maintain transportation affordability. Despite its focus on sprawl-oriented solutions, the IHAS actually acknowledges that other solutions can be effective at reducing excessive housing costs. In the Introduction, Oliver Hartwich describes Germany and Switzerland as the best examples of affluent countries that minimize housing price inflation. He explains, "In Germany and Switzerland, council budgets largely depend on their ability to attract new residents and taxpayers. This is why both countries are have traditionally had a more responsive and flexible housing supply side."

What he doesn't mention is that both countries have strict urban containment regulations and policies that encourage compact housing, with only about 45% of households living in single-family homes. If urban containment really was the threat that Cox and Pavletich claim these countries should be among the least affordable.

Similarly, the IHAS cites Singapore's success in increasing housing affordability, which results from government programs to build subsidized high-rise apartment buildings, plus regulations that limit foreign housing purchases. This recognizes that geographically constrained cities must grow up, not out, and rely on government interventions to maintain affordability.

As I've previously pointed out, the IHAS lacks detailed information on its data sources and analysis methods. From what I can determine much of its housing price only considers single-family housing purchase prices, which exaggerates unaffordabiliy in cities where a major portion consists of multi-family or rental housing. Despite numerous efforts to contact Cox and Pavletich, they have never responded to questions or criticisms. These flaws indicate that the IHAS is propaganda rather than serious academic research.