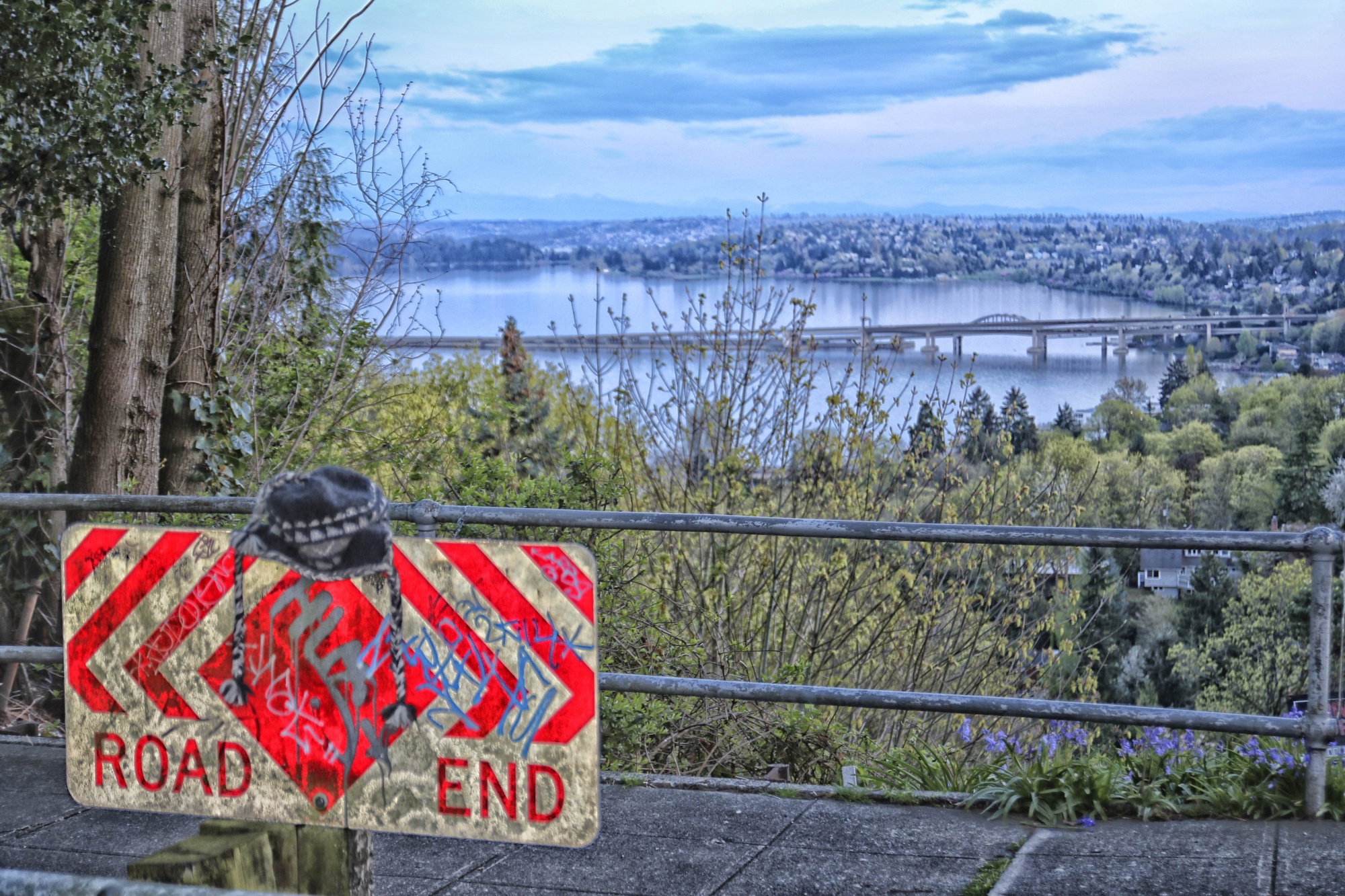 Jumping some 2000 years from the Roman finibus terrae—the edge of the known extent of the land in southeast Italy—to a hillside street-end in today's Seattle, Wolfe examines the way we think about "the end of the road." He argues that urban termini have always presented the humans with opportunities to shape ideas for change and transition.

A street-end, he, notes, may feature preservation of viewpoints, improvements such as public gardens, or enhanced safety measures (e.g., landscaping, lighting or fencing from danger). He describes city, neighbor and nonprofit efforts to improve shoreline street-ends and viewpoints where public rights-of-way come to rest.

He describes one example:

Old and new ideas meet here, along with examples of city life.  Here we see safety enhancements -- signage and a railing -- complemented by graffiti, and a custom lost and found for a knit hat left behind. Today's urbanist may also see a future gondola station, a walkable destination, or the potential for sustaining natural pockets amid the built environment.  But what compels such vision?

In response, Wolfe suggests that, as with the finibus terrae, "such edges, and views, will always inspire us to create tangible and useful meanings for the spaces beyond."

FULL STORY: Urban Edges and How to Define the Spaces Beyond

Chuck Wolfe champions urban observation, emphasizing "ghosts" that are important to the authenticity of today's urban change, like oral histories among indigenous peoples passing on cultural traditions from one generation to the next.

Reading Cities Cover to Cover, and Why

Chuck Wolfe underscores the importance of a holistic view of urban places, referencing themes of common experience, aesthetics, feelings of happiness, safety, or security—a basic narrative of the city that often goes beyond first impressions.

Recalling Our Basic Pride of Place

In the fifth of his "place-decoding" series from France, Chuck Wolfe recalls how we carry with us the ability to mine pride from place, even in places that are, perhaps, least expected to shine.