The money comes from the federal Congestion Mitigation and Air Quality Improvement program, [aka CMAQ] which provides funding for projects that meet the Clean Air Act requirements.

Garden Grove, fifth largest of the 34 cities in the county, "received $1.1 million from OCTA to make improvements," notes Aguilar. But is designating bike lines with white stripes and bike icons on the right shoulder of existing roadways enough?

The city counted bicyclists last September and in the report, released in June, found the majority rode on the sidewalk. A full 40 percent chose to ride on the sidewalk even when bike lanes were present.

Byron Von Korper, owner of Papa Wheelie Bicycles in Garden Grove, said the city "needs to take a page from the city of Long Beach where some bike lanes are separated from vehicle traffic, have physical barriers from the street, and their own traffic signals," adds Aguilar.

The comparison to the second most populous city in Los Angeles County is a good one. According to an April 2011 Streetsblog LA article by Joe Linton, "Long Beach is Southern California’s undisputed leader in innovative infrastructure for safe and convenient bicycling." That month the city "unveil(ed) the first genuine protected bike lane [running on Third Street and Broadway] west of New York City."

On Thursday, the city celebrated the opening of the Artesia protected bike lane, reports Linton. 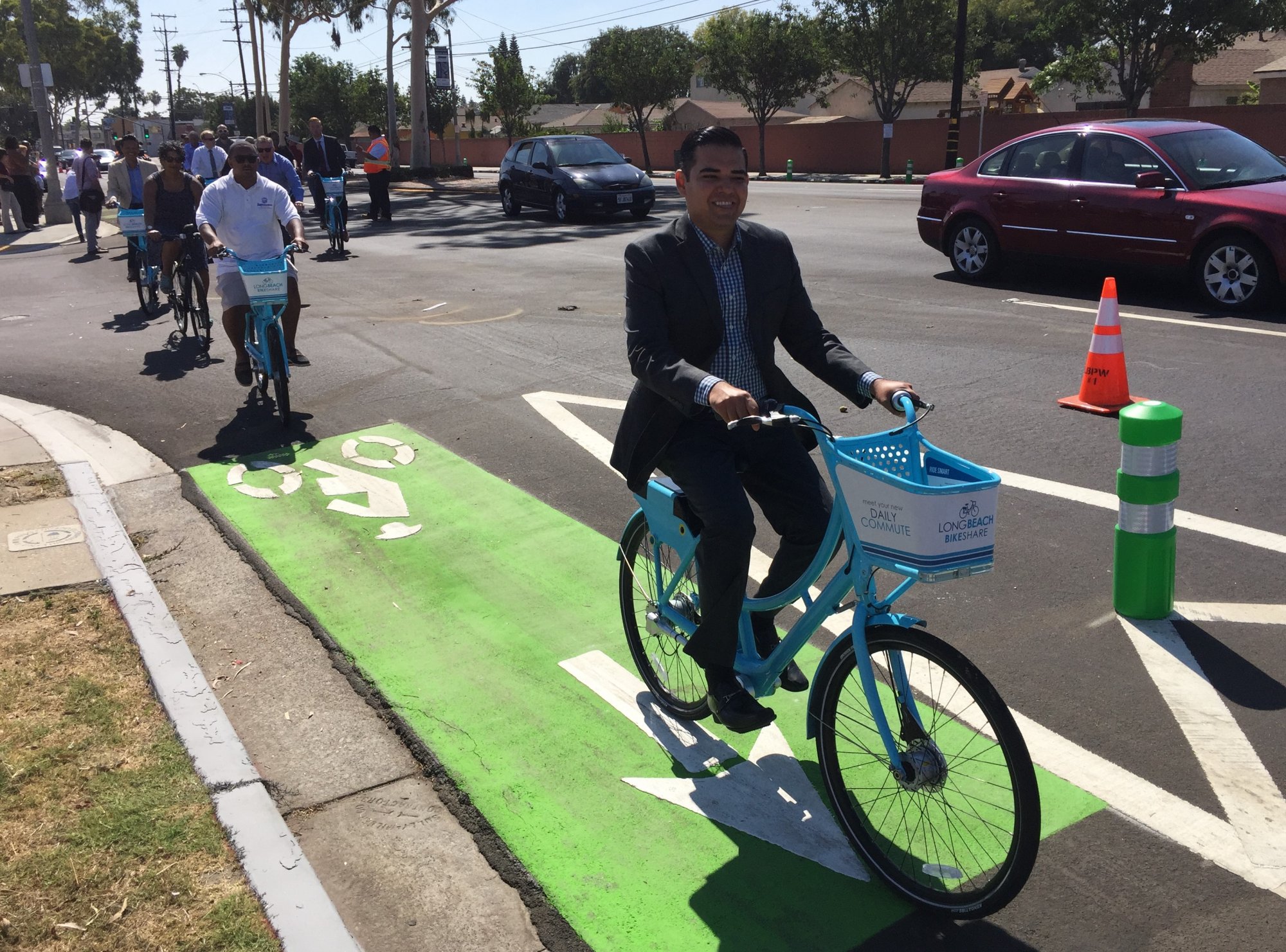 Note the photo with temporary signage directing where motorists should park and where cyclists should ride in the parking-protected bike lanes.

At approaches to intersections and at bus stops, the protection drops and there is a merge zone marked with dashed green pavement. (Not dropping the protection would require relatively expensive bikeway signals, similar to Long Beach’s Broadway/Third couplet.)

Finally, the transition in bike planning in Orange County, going from undersubscribed to oversubscribed, reflects what was the topic of a "post peak car" discussion (posted Saturday) among transportation experts on the future of planning in urban centers.

"The push for more bike infrastructure comes with Orange County's transition from a bedroom community to a dense urban environment," notes Aguilar.

OCTA awarded Santa Ana, the county seat and second most populous city after Anaheim, "$4.4 million in funding for three projects that will add protected or buffered bike lanes," adds Aguilar.