The Practical Confessions of an Urbanist Pilgrim

After 12 days of walking the Portuguese Camino, the importance of many urban planning and development debates—from balanced growth to banning cars—became abundantly clear. If you want to learn about cities today, take a long walk to Santiago de Compostela. / All Photos by Charles R. Wolfe

In order to understand places, built environment professionals and real estate developers need to also understand the places between, and practice on-the-ground, inter-urban, and inter-settlement walkability. This approach is an essential way to anticipate the context of a given site, using the “serial vision” pass-throughs once touted by urban design pioneer Gordon Cullen, and championed by Edmund Bacon in his still-worthwhile Design of Cities. In making similar assertions in my prior books and articles, I’ve also questioned whether technology-based journeys (whether by app or Google Street View) can really do this proposition justice by themselves.

After 12 days of walking the Portuguese Camino (Coastal and Litoral Routes) from Porto, Portugal to Santiago de Compostela, Galicia, Spain, I submit that this “serial vision” type of journey reveals even more holistic truths about today’s urban trends than previously imagined. For me, this journey became a research endeavor in its own right, intrinsically valuable to my work at the Centre for the Future of Places at the KTH Royal Institute of Technology in Stockholm, including a pending book on methods to sustain a city’s culture and character. In sum, for me, rather than a purely spiritual or athletic journey—typically the province of such Camino walks—this 10-20 miles per day hike became a chronicle of urbanist reflection.

The proposition about the importance of significant interstitial, or cross-community walks could easily fill books and lengthy articles, not only written by urbanists, but also by intrepid travel writers and tourism experts. Each is intriguingly motivated by the magic of observation and relative degrees of “authenticity” viewable by foot, when the car becomes relegated to a supplemental access tool. The act of entering and leaving cities, towns, and villages, as well as crossing "places between," not only highlights the virtues of walking itself (and lessening carbon emissions in the process), but also invokes the universal transitions between distinct locales and the amorphous rural countryside. 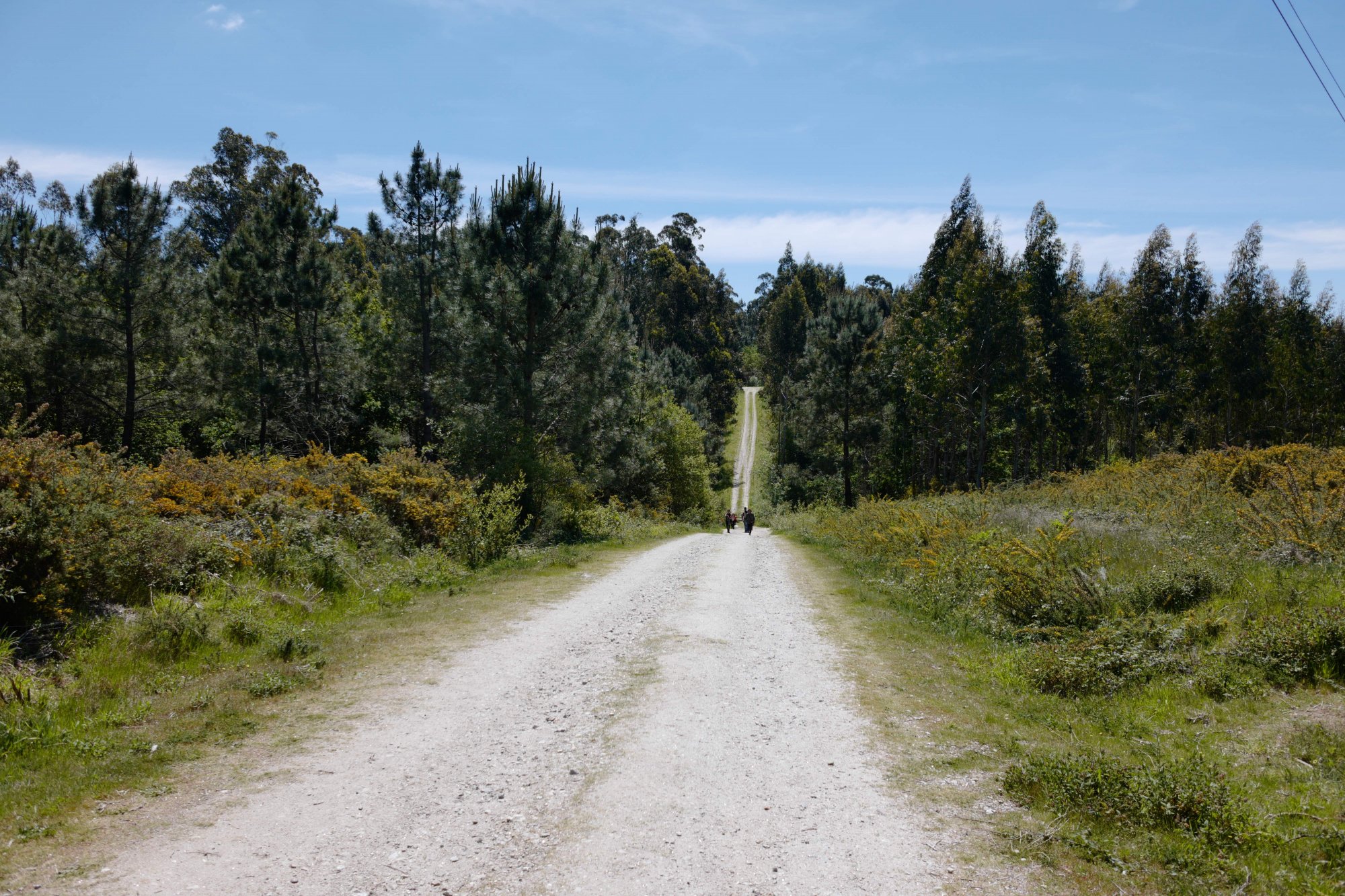 Understanding the readily apparent blends between built and natural, old and new—including how balances of uses change closer to clustered settlements—is key to defining sustainable cities going forward, and how they are monitored and interpreted. Writing from Santiago de Compostela after walking nearly 200 miles, here are some immediate and related post-journey propositions, by no means complete, but meant as a constructive baseline:

Where do these post-journey reflections conclude? Probably in my next book, as hinted above, but for now, in one comparison among many implied over the course of many days. I’ll always recall the contrast between the “don’t miss” Spanish city of Pontevedra, recently touted in The Guardian as a pioneering, “car-banning,” pedestrianized center—amid well-preserved buildings and provocative street furniture—versus the Portuguese coastal town of Póvoa do Varzim, with its own walkable streets and squares, surrounded by a discordant mix of building types and materials. In the latter, as I wrote 10 days ago to a more limited audience, a lifelong resident there mouthed the universal words of the person whose hometown had let him down.

This born and bred resident’s pride in his city was contagious—accumulated over some 40 years; he was an old-fashioned Good Samaritan, of the first order, as he directed us to an open store on Easter Sunday. But equally on display was his disappointment in his hometown of 65,000 people. He said things had gotten worse lately, and I asked him why. Too many new, tall buildings, he said, causing diminished access to light and air. To my urbanist distress, he did not seem to care about the economics of land development or how ubiquitous his sentiments might be in certain circles today. 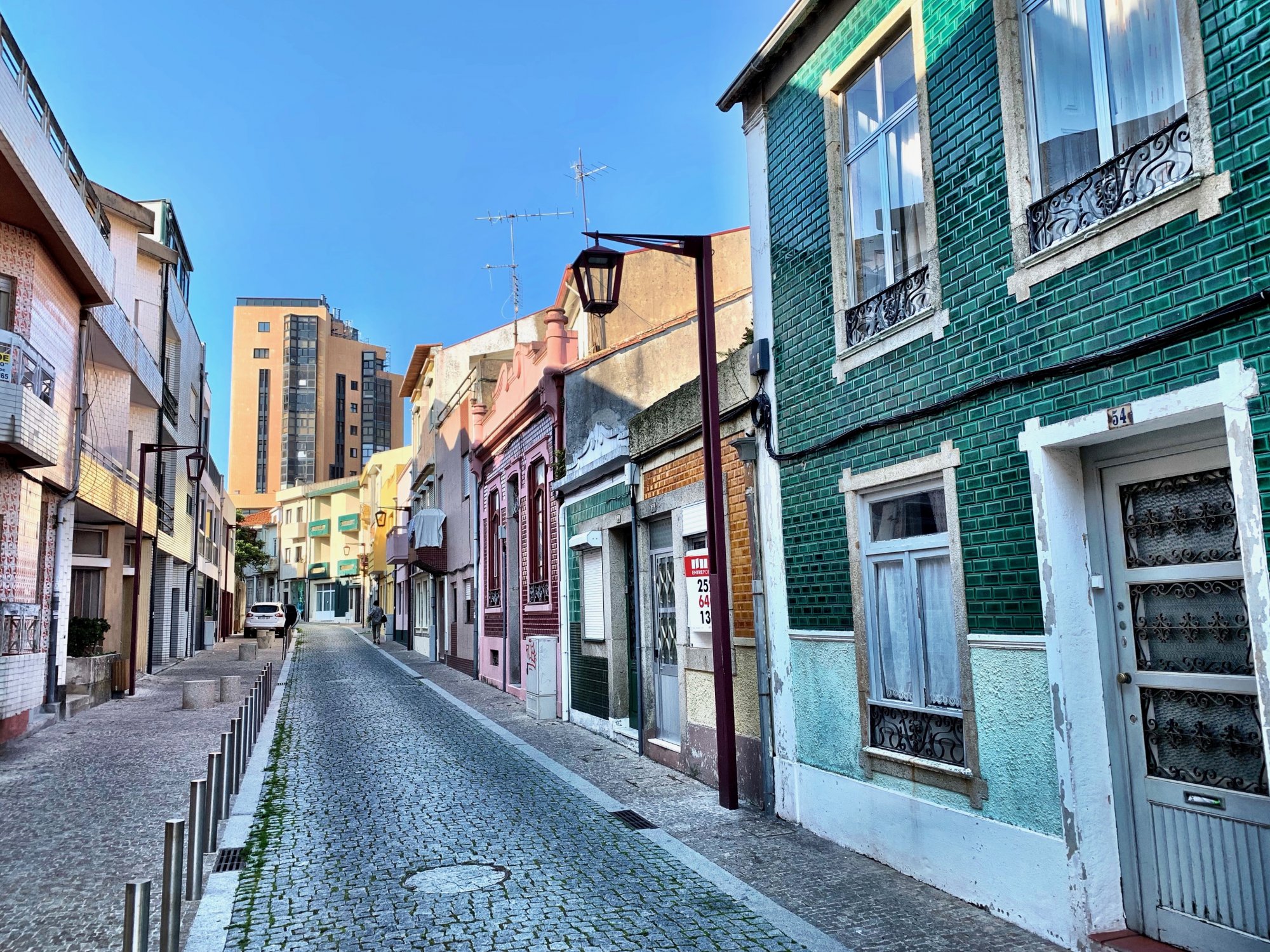 In comparison to what I saw and read about Pontevedra, all that mattered to the Good Samaritan of Póvoa do Varzim was something deeply personal; he maligned what he insisted was very detrimental change to the city he had known forever. So, this Portuguese Camino—a walk across places, time and changing environments reminded me of something essential. Where we live defines us and betrays us when our senses see unexpected change. We share this apparent betrayal with friends and neighbors, and even with strangers passing through.

In this case, as the stranger, I regret that I could offer nothing helpful, only that his disappointment was both global and familiar, as I had heard his story so many times before. A most Camino-like conclusion tells me that a long walk by those who make decisions about places might just show them—with purposeful capital letters—The Way.

Where Words Fail: Teach Architects and Urban Designers Like Violinists

Architects and urban designers justify or explain their work with words, and municipalities govern design with jargon-filled regulations. The outcome is often underwhelming.

The formerly car-centric block was redesigned to include wider sidewalks, public seating, and enhanced landscaping in lieu of on-street parking.

The Conservative Case for Urbanism

Although walkable urbanism is often seen as a leftist priority, one writer argues that reducing car dependence actually closely aligns with conservative values.