John Wesley leads the charge to introduce urbanism into mega-suburb of Mesa, Arizona. A 133-square-mile burb extending eastward and southward from Phoenix, Mesa, Arizona is not the largest city not at the center of a metropolitan area. Fort Worth, Texas holds that title, followed by Long Beach, California. But whereas Fort Worth and Long Beach both function like center cities—replete with their own industries and their own downtowns—Mesa sprawls into the record books as America's largest suburb. At 472,000 residents, it tops Atlanta, Miami, Minneapolis, and Cleveland, among others.

With a relatively scanty downtown and countless square miles of low-density residential development, Mesa might seem like a planner's worst nightmare. Planning Director John Wesley, though, is enthusiastically taking on the challenge of urbanizing Mesa—and distinguishing it from its fellow mega-suburbs and, of course, from Phoenix. A native Oklahoman and former planning director of Stillwater, Wesley knows about wide-open spaces. He also knows about conservative politics, the challenge of urbanizing in the age of the Tea Party, and the need for cities to adapt to a warmer Earth. Wesley spoke with Planetizen's Josh Stephens for Planners Across America.

How do you characterize Mesa and its role in the greater Phoenix area?

Before I came here (from Oklahoma) I had never really heard of Mesa and was surprised to find out how big it was. I had my image of cities of 400-something thousand populations and big, booming downtowns. Mesa is not that way. It's a product of the 1980s-90s urban sprawl, and very low-rise.

We have a very low resident-to-job ratio. We export a lot of workers every day to Tempe and Phoenix.

Mesa was formed back in the late 1800s by a group of Mormon pioneers coming down from Utah. That history is of being a very conservative, family-oriented community. It's strong on property rights, which led to the idea that any development was good development. It's coming back to haunt us a little now, because we don’t necessarily have the same level of quality built into our community as some surrounding cities do.

What are the major initiatives?

A new general plan was approved in 2014—the "Mesa 2040 Plan." We’ve gotten away from traditional land-use plan that was almost a zoning ordinance to a more character-based approach. 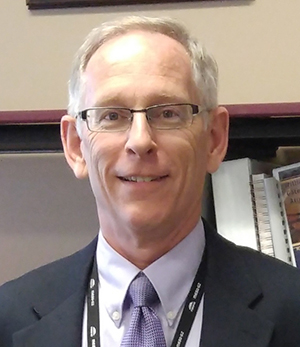 When the Phoenix light-rail line first opened in 2007, we got a mile extended into Mesa so that we could say we were part of the system. It was wildly successful. The Mesa station was the most used station on the line. There was a lot of support for extending that, and we’re working on another extension of almost two miles.

We are today looking at places where it makes sense to encourage more urban form.

There's a lot of interest for new development in our downtown area. We got council support a few years ago for a downtown plan, and also to create and adopt a form-based code for downtown. Council approved an extension of that form-based code for our smart growth community plan for our original light rail station, which was a park-and-ride lot.

What sort of opposition have you encountered?

When we worked on the general plan update back in 2012-13, some of the Tea Party / “Agenda 21” folks attended some of those meetings. They accused us of trying to force urban development – “get rid of the cars” – on everyone in the city. We made it clear that that was not the case. As a city of over 130 square miles, people want different types of environments. We want to provide that variety of neighborhoods and opportunities.

In the past we have catered to the low-density sprawl, auto-oriented development approach. While we are shifting our approach, that doesn't mean we’re trying to get rid of everything else. We know that's not going to go anywhere.

Were you able to change any minds among the Tea Party folks?

In the first few public meetings we had a pretty good turnout. I did my best to listen to them and hear what their concerns were.

We have a place in Mesa near our original mall that was kind of a strip retail center that everything went out of business. A property owner put a chain link fence around it and it sat there and became an eyesore. People asked, “Why isn’t the city doing this or that?”

It gave me that chance, in front of the Tea Party folks, to say we can’t do everything. There are private property rights. We have basic standards for health and safety, but they can do what they want with that property. They heard me say those things and I didn’t hear much more from them after that.

They were still there in the background, but the vote was very much in support. Our general plans here in Arizona have to be approved by voters. It was on the ballot in 2014. I haven’t heard anyone voice any concerns since then.

I imagine that brings a public relations aspect to the planning process. How do you think about voters and about good planning at the same time?

It definitely makes it a bit of a challenge. On the one hand, we are striving to represent the people of Mesa and what they want to see their community become. We are putting before them what we see and understand to be the best approaches.

With the community outreach we did through the planning process – giving people the chance to express their ideas, values and needs for the city – we feel like we were able to put together a plan that represented the community at large. We had strong support from the city council. After the council approved the plan in June for the vote in November we had bits of publicity and we kept talking to advocacy groups. We didn't do a whole bunch of outreach; we just tried to do a few things to keep it fresh.

That doesn't happen all the time. Some communities in the valley have not had their plans approved by voters, and they’ve had to start over.

Many directors speak of urban social problems: poverty, racial strife, poor schools, and so forth. How does that play out in Mesa? Is Mesa mainly a land use planning challenge or are there major social challenges that affect your work?

There are challenges, but not major like you'd see in other cities.

The major thing along those lines is that we had the original square mileage of the city and then initially grew to the west towards Phoenix in the 1930s-50s, and then started moving east. All the new development is in east and southeast, and the older area is west of downtown. Those areas are starting to show their age. They don’t have some of the same quality of new parks and things that the east side has. There are more apartments on the west side. There are old shopping centers that have degraded. The demographics are a little older, a little less educated.

Some of the long-term residents of the city are concerned about the future of west Mesa. The council has considered approaches, particularly associated with light rail and the low-income housing tax credit. Meanwhile, the state’s Department of Housing’s rules give you points if you’re near light rail, so we’re getting a lot of requests for low-income tax credit projects downtown on the light rail in the west part of the city.

People are saying we already have enough low-income people and want to spread the wealth around the city. That puts the council in a bind, which projects to support and not support. A group has formed about trying to fight multifamily development in the west Mesa area and trying to push them to other parts of the city because they feel like there’s too much of it in that part of the city. They want people with disposable income.

What are your concerns about climate change? How do those prospects influence planning in Mesa?

When we did our general plan, partially because of the Tea Party concern and some of the controversies, we avoided using words like “sustainability” directly. But we still addressed those issues to the degree that we could by promoting quality design

For some of those folks, I’ve found it easy to say, “maybe there’s global warming, maybe there’s not. But we know, here in our city, every summer it gets hot.” We need to design appropriately for that. We need to provide shade, we need to look at ways to orient buildings, use materials that are appropriate for our climate. That made sense to them.

I keep thinking that because we are in the desert with a lot of sun we ought to see building styles that are different than we might see, maybe with a more Southwestern theme to it. But we don't. So much of it is corporate architecture.

What’s your take on the planning field overall? What do you like and what things concern you?

The profession encourages us to look for those people who might not be able to represent themselves holistically. I think as we've evolved over the last five to ten years some good and exciting things have gone on: getting connected with public health and working on connectivity, walkability, and sustainability issues. We’re doing a lot better job of creating communities. Back before, we were so focused on the traditional Euclidean zoning, and separating things. That’s been exciting.

The thing that frustrates me the most is that, despite that, last bunch of years as we’ve been through the Great Recession and more limited budgets, I get frustrated that we get trapped too much in the zoning side of things and don’t really get to do as much of the planning as we should. Pre-recession, I had a staff of professional planners of around 25 to 26, plus all the support staff that went with them. Today I have ten. The work levels are about back up to what it was pre-recession.

Conducted in March 2017, this interview has been edited and condensed.

Houston Planning Director Dispels Myths About the Effects of Harvey

An interview with Houston Planning Director Patrick Walsh, conducted after Hurricane Harvey ravaged the city and reduced its planning and infrastructure to a talking point for pundits. It's time to let the locals do the talking.

Planetizen's "Planners Across America" series continues in the city that put many contemporary best planning practices on the map: Portland, Oregon.