The design of urban landscapes has become dominated by a growing call for them to be ecologically resilient. But isn't it important what they look like? There was a time, not too long ago, when the quality of urban landscapes was determined by what they looked like and what it was like to be in them. Their ecological and human health benefits were well known, but these were seen mainly as positive by-products of what was more important: improving the quality of life for people living in cities by providing them with access to nature, or at least some semblance of it. The desire for urban parks was rooted in a simple, yet deep appreciation for the beauty of landscape.

These days, however, even as the urban landscape has a higher profile than ever before, thanks in part to grand new parks in cities such as New York, Chicago, St. Louis, and Los Angeles, it seems less and less acceptable to evaluate such places merely on their aesthetic or place-making merit. As is made apparent in countless blogs and publications focused on urban design, landscape architecture and even architecture, the conversation surrounding parks and other city landscapes is changing. You can’t use poetic terms like picturesque to describe them anymore; they have to be labeled something like resilient or high performance if they are going to be taken seriously. 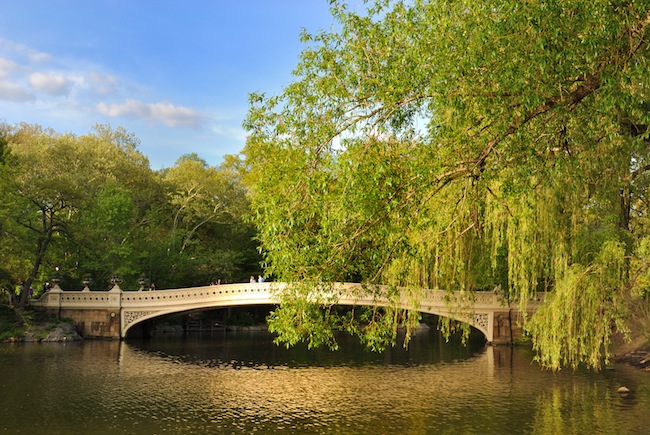 There are, of course, legitimate reasons for this – climate change being an obvious one. The national discussion that took place following Hurricane Sandy showed a new awareness of the issue. The fragility of coastal cities became a popular topic and people were perceiving urban landscapes in a new way. As droughts persist in some areas and powerful storms are becoming the norm in others, it is clear that the status quo is no longer a viable option when it comes to planning and building communities.

Because of this, planners, engineers and designers are busy figuring out new ways to prepare for and mitigate the next disaster. Landscape architects are a big part of this and are relishing the opportunity to show what they are capable of. Many of them have stepped up, either on their own or as parts of larger teams, with complex proposals for at-risk urban landscapes, and are getting a lot of attention for them. Where in the past this work might take the form of beautifully rendered planting plans and evocative imagery showing what a place will look like, what we are seeing today are highly technical and scientific-based proposals. Beauty may still be a goal, but is increasingly hard to find within all of the diagrams and flow charts.

The shift in focus to a more technical perspective on landscape goes back well before Sandy. Influential sustainability ratings programs such as LEED have been around for over a decade now and continue to play a big role in this. The effect of these programs has probably been more apparent with architecture, as the ultimate goal of creating buildings with beautiful façades has given way to a need to make them as energy efficient as possible. This has undoubtedly changed the look of contemporary architecture.

Even with that change, however, I would argue that the effect of all this has been even more significant on the landscape. The prescriptive and generic methodologies endorsed by LEED and other point-grabbing systems deny the flexibility landscape architects need to effectively deal with the specifics of a given site and the unpredictability of its natural systems. Ratings programs are so often building-centric and take such a narrow view of what performance in the landscape means that factoring in what they will actually look like has been nearly impossible. There is hope that the impending introduction of the landscape-focused Sustainable Sites Initiative will help with this, but, even so, a corner has been turned, and beauty may never again be the barometer by which to assess the success of urban landscapes.

I am by no means suggesting that beautiful places are not being created these days; they certainly are. Most landscape architects currently working were trained in a tradition that celebrates the connection between the profession and the fine arts, and their work reflects that. I am more worried about students and young professionals coming up now who are being eagerly coaxed into a realm of resilient landscapes, where ecology rules over aesthetics, and what is being produced looks promising on paper but remains largely untested in reality.  As inspired as I am by their idealism and captivation with the potential to play a role in solving global problems, I can’t help but wonder if designing parks or plazas with the meager goal of creating wonderful places for people to use will even interest them.

The design process inevitably evolves over time, as do people’s expectations of beauty. We are now in an era driven by a mandate to design and build in an environmentally responsible manner. While that is not in question, nor should it be, how best to do that should still be open for discussion.  If the design of landscapes continues down the path of being dominated by a dictated requirement to meet metrics and provide measurable data, we will be left with less room for discussion about intangible things like beauty – which may seem frivolous to some but is critical to the quality of the urban environment.

Design may seem more legitimate when all the components can be systematically quantified, but doing so does not necessarily translate into the creation of better places from an experiential perspective. We can all agree that urban landscapes are increasingly important as ecologically charged tools for soaking up sea water, cleaning the air and adding mass to carbon sinks, but that does not mean their value as sources of inspiration and intrinsic parts of human life should become less of a priority. If that is allowed to happen, cities will inevitably suffer.

Anatomy of a Shortlist: Chasing the Design for Dix Park

Raleigh, NC has hopes for turning 300 acres of land near its downtown into a beautiful park. Elite landscape architecture firms are eager to help, and selecting the right one for the job won't be easy.

A lot of people think exclusively of plants when they hear the term landscape. Without a common language to effectively describe it, the role landscape plays in the urban realm will remain undervalued.