How Smart Are 'Intelligent Cities'?

<p>Most trends are fleeting, some of them mercifully so. Some last no longer than a Lady Gaga wardrobe change. But urbanism is still, by and large, a leisurely exercise, so it&#39;s no wonder that planners still embrace fashions on a nearly generational basis. It often takes that long just to see if something works. Or not.  <br /><br />So, while Gaga would inspire us to attach telephones to our heads and light our bustiers on fire, planners who ascribe to the principles of smart growth are still rhetorically swaddling cities in the urban equivalent of flannel. For better or worse, this age may finally be coming to a close. Don&#39;t cry, Monster.</p>

Most trends are fleeting, some of them mercifully so. Some last no longer than a Lady Gaga wardrobe change. But urbanism is still, by and large, a leisurely exercise, so it's no wonder that planners still embrace fashions on a nearly generational basis. It often takes that long just to see if something works. Or not.

So, while Gaga would inspire us to attach telephones to our heads and light our bustiers on fire, planners who ascribe to the principles of smart growth are still rhetorically swaddling cities in the urban equivalent of flannel. For better or worse, this age may finally be coming to a close. Don't cry, Monster. 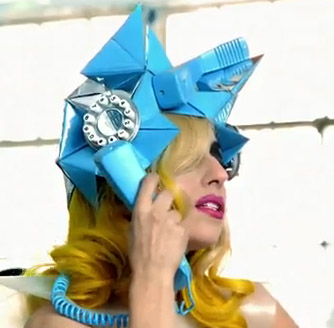 Two weeks ago in USA Today, veteran real estate writer Haya El Nasser reported that the term "smart growth" may have reached the end of its life-cycle. Though cities are embracing smart growth with everything from light rail lines to downtown mixed use developments, planners it seems have simply grown tired of the term. The heir apparent, writes Nasser, is "intelligent cities."

It's unclear whether an "intelligent city" would look any different from a "smart growth" city. As Nasser notes, sometimes people just need a change. I'm not sure that this change is a healthy one, though.

Nasser highlights a few advantages of this term, whose provenance is apparently unknown. By ascribing intelligence to cities, it underscores cities' role as hubs of knowledge, as if the knowledge in a city is greater than that of the sum of its inhabitants. That much is probably true. Moreover, she notes that the use of city -- as opposed to the vaguely cancerous term "growth" -- emphasizes the unequivocal primacy of cities in our culture and economy. With apologies to Joel Kotkin, the age of the intelligent city may not leave much room for the exurb or the reinvented bedroom community.

Now more than ever, I don't think anyone knows what a "city" is anymore -- and I say that admiringly. They have grown and changed remarkably, even in the past generation. If cities are producers of knowledge and capital, then we would have to define them broadly, as entire metro areas. But planners rarely deal in such large regions. On the formal, rather than economic, level, planners confront the issue of scale. Is Beverly Hills a city? Is a metropolitan planning or organization or metropolitan statistical area  a city? Is Mumbai a city? What about the dozen or so definitions of the Greater Tokyo area?

It's hard to call something "intelligent" if we don't even know what the thing is.

Perhaps more problematic is the abandonment of the expansive concept of growth. "Growth" doesn't happen only in cities. It happens in suburbs, exurbs, hamlets, states, and regions. In my home beat of California, it happens everywhere, and it has been happening consistently since, oh, 1849. To replace "growth" with "cities" carries two erroneous implications: 1) that a city, if it's intelligent enough, can become a static finished product; 2) that certain places that do not happen to be cities need not worry about being "smart."

But the point of urbanism is that someplace do eventually become cities, or at least they become part of cities. The constant process of growth and reinvention is central to our notion of urbanism. Growth does not necessarily equal progress -- i.e. it's not always good -- but even when cities stop growing or even contract, we can never say that they are complete or "done." Smart growth acknowledges that urban development is an unending process.

"Intelligent cities" carries the perilous connotation that a city need only get smarter but not necessarily bigger. Just keep in mind that fully half of humanity, 3.5 billion people, already live in cities. If cities, suburbs, towns, and regions don't keep growing, we're going to have another billion very unhappy people knocking at our gates.

Naturally, "smart growth" is hardly perfect either. But I think it deserves another decade or two, because that's probably how long it will take for those principles to truly take root on the ground.

At least we can dance to Gaga while we wait.

The term "smart growth" may be approaching the end of its shelf life, according to some. Its replacement: "intelligent cities".

The Mineta Transportation Institute's new interactive website produces heatmaps that illustrate commute duration—the number of minutes that workers spend traveling to their jobs, plus related information, for most U.S. communities.

There are many possible ways to reduce transportation emissions, some of which provide large co-benefits. Unfortunately, current evaluation practices tend to overlook some of the best. Lets examine why.