Edward T. MacMahon of ULI explains why cities and towns with unique character have an economic advantage over the sameness of chain stores and malls, and why people should fight to preserve and create a sense of place. 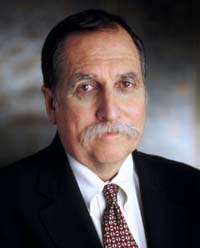 In June 2010, the technology giant Apple finally opened its first store in the Georgetown neighborhood of Washington, D.C. The grand opening was the culmination of a saga stretching back two and one half years to when Apple bought a building that formerly housed a women's clothing store.

It took Apple eight months to build its new store, but it took them more than twice as long to get design approval (19 months) for the new building which replaced the former clothing store. The protracted design review process began when Apple proposed their standard (off-the shelf), modern façade (they are, after all, a high-tech company) that they use in suburban stores all over the country. The Georgetown Design Review Board balked at this and reaped a heap of criticism for letting historic preservation stand in the way of retail progress.

The new building, which is now complete, looks pretty much like dozens of other historic commercial structures that line Georgetown main commercial thoroughfares. Some may think the façade is bland. Others will say it fits right in. Whatever you think, one of the things the new design proves is that when a chain store developer comes to town it generally has at least three designs (A, B, or C) ranging from Anywhere USA to Unique (i.e., sensitive to local character).

According to retail consultant, Bob Gibbs, "which one gets built depends heavily upon how much push back the company gets from local residents and officials about design and its importance."

While the Apple store owners were no doubt frustrated by the community's demands and the design review process, they will assuredly do very well in their Georgetown location. As local blogger Toper Matthews said, "Most simply won't notice the building's architecture at all and will instead hone in on the toys inside."

Georgetown is one of the single best retail locations in the nation. Why? Because the historic neighborhood is one-of-a kind. It is charming, walkable, and filled with tech savvy young adults. Georgetown is the kind of neighborhood that provides "a place making dividend." This simply means that people will stay longer, spend more money, and come back more often to places that attract their affection.

We sometimes forget that every building has a site, every site has a neighborhood, and every neighborhood is part of a community. Georgetown is a successful retail location primarily because it has a unique sense of place. What would happen to the Georgetowns of the world if every chain store operator could build their standard, off-the-shelf building? Georgetown would simply cease to be a special place. It would lose its place-making dividend. Place is more than just a location or a spot on a map. A sense of place is a unique collection of qualities and characteristics – visual, cultural, social, and environmental – that provides meaning to a location. Sense of place is what makes one location (e.g., your hometown) different from another location (e.g., my hometown), but sense of place is also that which makes our physical surroundings worth caring about.

Land use planners have spent too much time focusing on numbers: the number of units per acre, the number of cars per hour, the number of floors per building, and not enough time on the values, customs, characteristics, and quirks that make a place worth caring about. Unfortunately, many American communities are suffering the social, economic, and environmental consequences of being places that simply aren't worth caring about. The more one place (one location) comes to be just like every other place, the less reason there is to visit or invest.

Because tourism is about visiting places that are different, unusual, or unique; if one place was just like everyplace else, there would be no reason to go anyplace. Similarly, when it comes to 21st century economic development, a key concept is "community differentiation." If you can't differentiate your community from any other community, you have no competitive advantage. Capital is footloose in a global economy. Natural resources, highway access, locations along a river or rail line, have all become less important.

Larry Goldman, a leading authority on economic development, has said, 'How people think of a place is less tangible, but more important than just about anything else."

Today, however, the subtle differences between places are fading and larger regional differences hardly exist. Now, if you were dropped along a road outside of most American cities or towns, you wouldn't have the slightest idea where you were, because it all looks exactly the same: the building materials, the architectural styles, the chain stores, the outdoor advertising.

Building materials can be imported from anywhere. Hills can be flattened and streams put in culverts. We can transform the landscape with great speed and build anything that fits our budget or strikes our fancy. Technological innovation and a global economy make it easy for building plans drawn up at a corporate headquarters in New Jersey to be applied over and over again in Phoenix, Philadelphia, Portland, or a thousand other communities.

Over the past 40 years America's commercial landscape has progressed from unique to uniform, from the stylized to the standardized. Author Wallace Stegner once said, paraphrasing his friend Wendell Berry, "If you don't know where you are, you don't know who you are." We all need points of reference and orientation.

A community's unique identity provides that orientation, while also adding economic and social value to a place. To foster a sense of place, communities must plan for built environments and settlement patterns that are uplifting and memorable – and that create a special feeling of belonging and stewardship by residents. A community also nurtures sense of place by understanding and respecting its natural context, such as rivers and streams, hills and forests, native flora and fauna, but also its community landmarks, whether historic or unique.

This is what heart and soul planning is all about. It is about helping communities adapt to change while maintaining or enhancing the things they value most. It is both a process and a philosophy. The process seeks to engage as many citizens as possible in community decision making. The philosophy recognizes that special places, characteristics, and customs have value.

As Lyman Orton, owner of the Vermont Country Store, and Chairman of the Orton Family Foundation, likes to say, "When a community takes the time to get to know itself, it gains a sense of identity and purpose that informs decisions about the future."

Given the opportunity, I think I know how most communities will answer this question.