A Farewell to One-Size-Fits-All Urbanism

Sustaining culture and character is more than a black or white proposition. It requires a careful blend that depends on local circumstances, meticulous research, and self-knowledge. Like idiomatic phrases that say similar things in a variety of languages, urban environments are customized adaptations to different conditions. Sustaining culture and character is more than a black or white proposition. It requires a careful blend that depends on local circumstances, meticulous research, and self-knowledge.

Whatever our role in managing urban change, we must remain mindful of the underlying context of the place at hand. Place-specific considerations suggest the inadequacy of a “one-size-fits-all” mindset. Priority and process may vary based on ethnicity, national heritage, generation, or profession. It is not just a question of whether “what worked there will work here,” but the existence of different mechanisms for resolving issues of social justice and change.

The form, size, and appearance of traditional housing types—and their affordability—are contextually dependent issues that only can be understood thoroughly through a review of market forces, regulatory systems, and cultural norms. Pundits and professionals use “character” to describe housing form and appearance. Typically, this occurs in references to design and affordability, which vary from city to city. “Culture” often is used to denote a tolerance or adoption of certain styles of living—for example, multifamily versus single-family, or density versus sprawl. 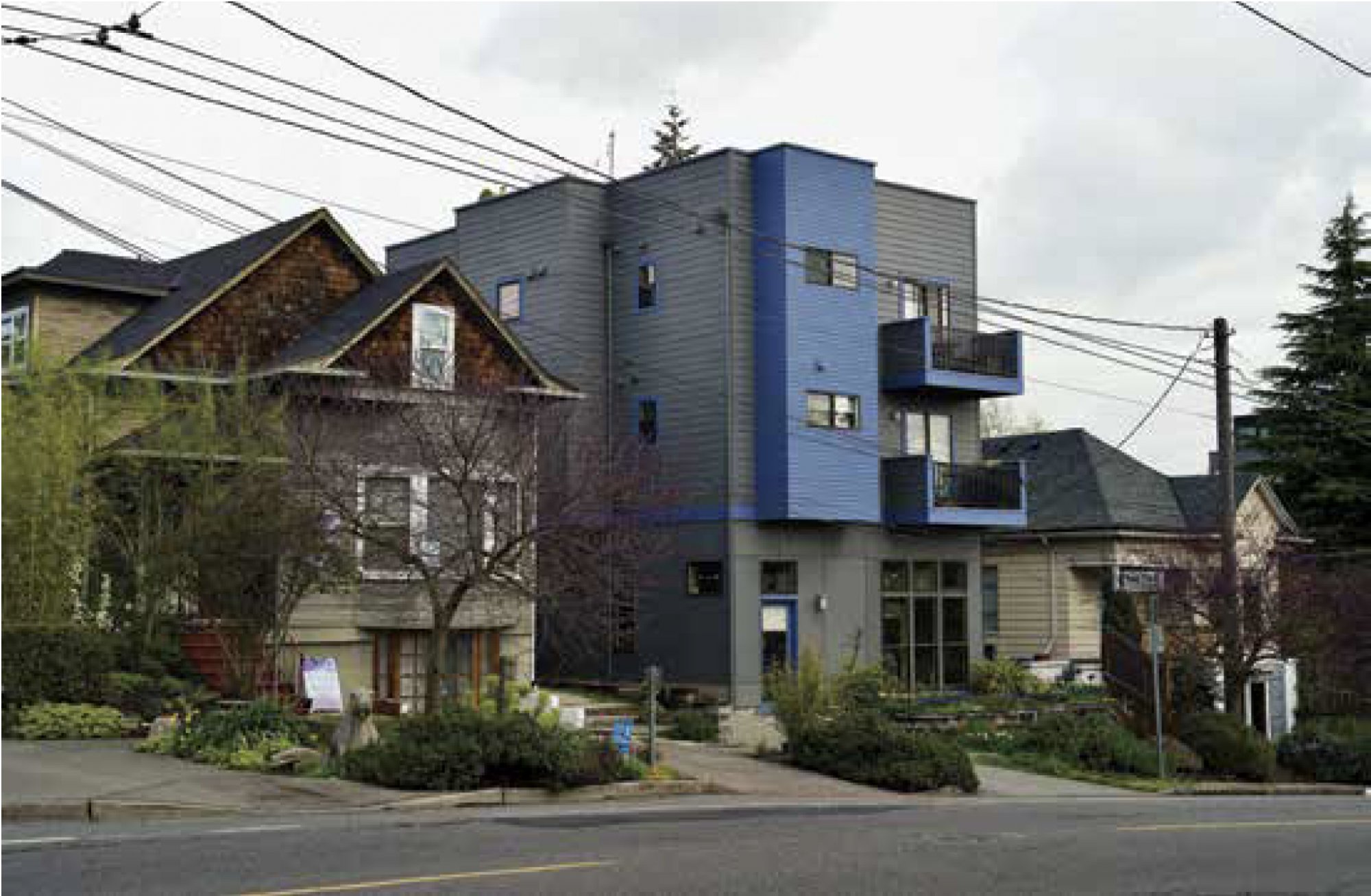 Some American cities, such as Minneapolis and Seattle, have thrown into question the traditional American preference for detached single-family zoning. Legislation either has created the premise of nonexclusive zoning districts or relaxing various forms of review for multifamily housing ormore than one dwelling on a residential lot, as shown above. Regarding legal disputes over whether a given affordable housing project should be denied, Connecticut long ago enacted legislationto shift the burden of proof to municipalities. In Washington State, the power of housing project opponents to appeal environmental impact review has been limited, and the redundancy of environmental review of projects that have undergone design review is under debate.

However, the American discomfort with density is a cultural attribute that is not an issue in other places. In the United Kingdom, where mixed uses and housing diversity are much more common, a return to quality design review is a burgeoning interest. Some debate whether this endeavor could be superior if undertaken purely by professionals, a question that would be unfathomable among progressive American peers.

Frustrated by slow-moving or undemocratic bureaucracies, shorter-term, quick-win approaches have gained popularity in recent years, for several reasons. They can be declarative, colorful, and send messages about the importance of public space and more sustainable forms of transportation. They also can be presented as democratic action, with collaborative efforts easily illustrated immediately through social media. They feel good, look good, and create bragging rights for their proponents.

Yet, they are not an end in themselves, but rather a component of more contextual considered efforts. If the holistic, integrated vision is the operative model, then these quick wins—which are often labeled as “tactical” urbanism or placemaking—play a critical, supporting role. They can provide the sense that exciting things are possible. They comprise demonstrable, often politically necessary benchmarks, as part of a popular intergenerational approach that honors past, present, and future.

Peer professions sometimes attempt to “own” issues that are multifaceted and interdisciplinary. Architects, landscape architects, and urban planners all may compete for various aspects of urbanism. Lawyers may find solutions in new regulations or advocacy that architects or planners then practice. Or even more hybrid activities such as placemaking may become the focus of even more professions and include developers, town centers, and business improvement districts.

All involved should better understand human preferences about the elements of day-to-day city life and the classic sense of urgency exhibited in the face of change over which residents feel they have little or no control. To do otherwise risks fragmentation and confusion about a perceived loss of character, with project professionals divorced from affected city dwellers and necessary perspectives on issues of congruity and integrity of a proffered solution.

Listening and respect are fundamental attributes of an enduring community. Consider the importance of gathering stakeholders for consultations that are not required by, but are supplemental to, government consultation processes. In my experience as a land-use lawyer, project teams who take on this responsibility almost invariably save time, because they gain more sincere input about project concerns and advanced useful ideas.

Similarly, climate solutions are highly location-dependent and will differ from one city to the next, so the tenets of good urbanism will be expressed differently. Daylighting buried streams may be a means of achieving carbon neutrality goals in one place. Yet another place may prioritize public health solutions to facilitate physical exercise in oppressive tropical conditions, such as planting shade trees where they are needed. 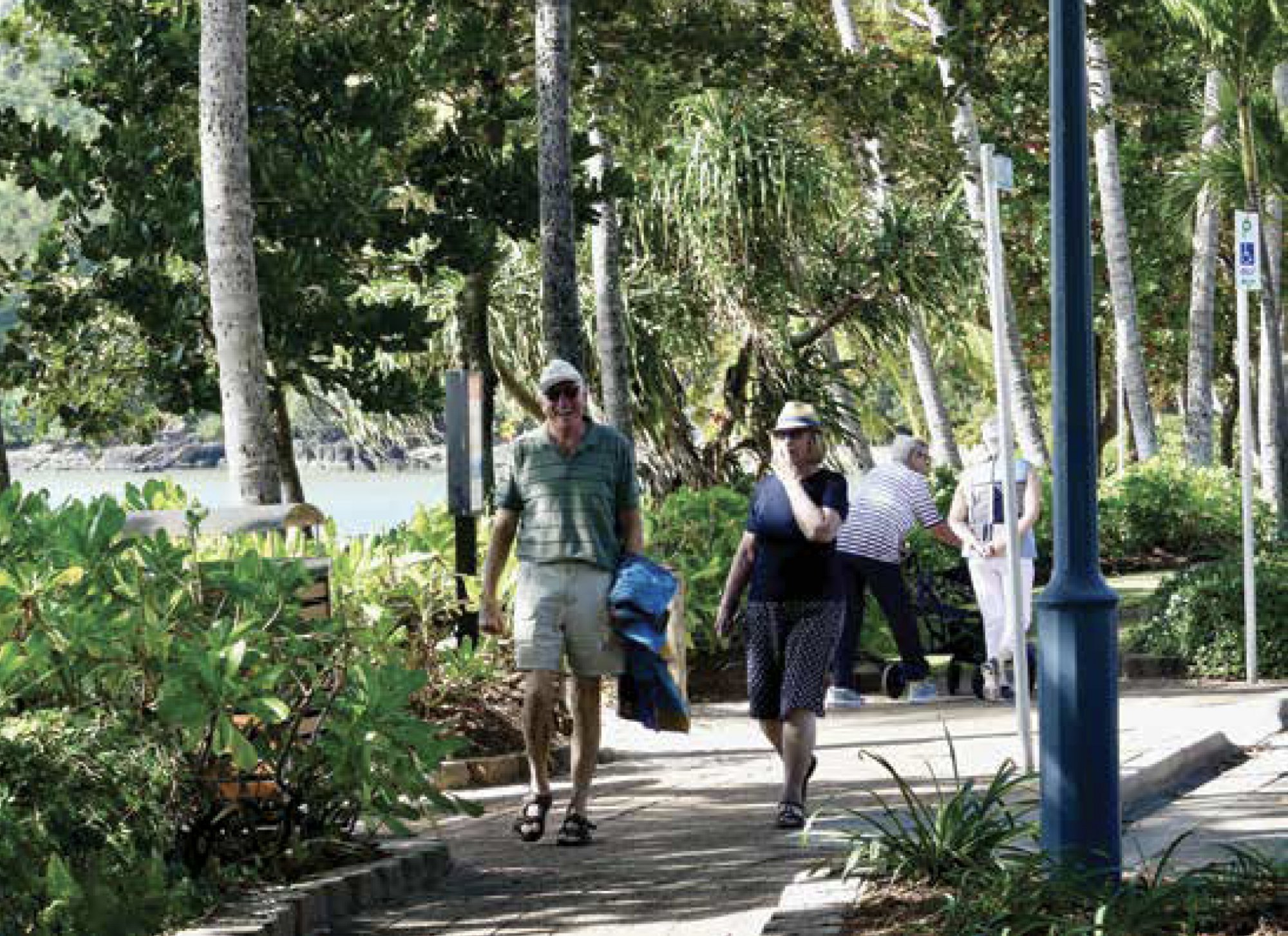 Generally, adapting old forms to new uses can be achieved through building reuse or behind a historic facade, while a cell tower can stand for a tree or the Tower of London. Capping on past industrial contamination can be the foundation of a new building, and the look and feel of classical architecture can be re-created based on spatial relationships and building features expressed in new ways. Shopping malls in decline can repurpose to adapt to new mixed-use land-use approaches, with proximity to public transport, or, in extreme cases, might become distribution hubs for the legacy stores they replace.

Success will come in blending new ideas with the integrity of time-honored or traditional appearances or sensations. Although cities may be different, and places should not be subject to indiscriminate or inapplicable “repairs,” it is essential to acknowledge that underlying forces may be remarkably similar, save for how people experience and describe them in different parts of the world.

Unlocking the City with Context Keys

The human memory is so powerful that a place on pavement suddenly can trigger a stream of imagery from the distant past, or a meaningful story of something that once happened there. We should champion such keys to the context of a place.

Amid pandemic and protest, the need for urban mending has become abundantly clear, with responses that invoke the more ethereal elements of a physical place I like to call it "place-healing," a term that seems right for the times.