Foreclosing on the African American Community

Foreclosures continue to decimate communities around the nation, with black neighborhoods being the hardest hit. However, it is investors, not homeowners, who account for the adverse impact on the nation's black communities, write John Gilderbloom and Gregory Squires.

Foreclosures continue to decimate communities around the nation, with black neighborhoods being the hardest hit. Some pundits and politicians point to federal policies that encouraged homeownership in low- and moderate-income communities, coupled with reckless behavior on the part of greedy homeowners, as the crux of the problem. As Fox News reporter Neil Cavuto observed "loaning to minorities and risky borrowers is a disaster." But our recent research demonstrates that it is investors, not homeowners, who account for the adverse impact on our nation's black communities. 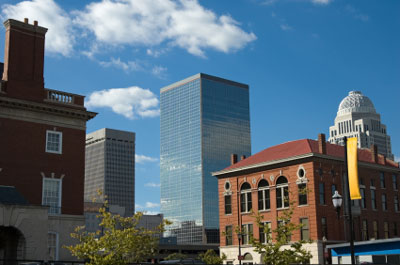 Subprime and predatory lending practices have caused homeowners by the millions to already lose their homes and even more will do so in years to come. Observers ranging from Credit Suisse to the Center for Responsible Lending estimate that about 6 million families have lost their homes to foreclosure and project that 12-15 million families altogether will lose their homes before the crisis is over. According to the US Department of the Treasury $17 trillion in household wealth was eliminated between 2007 and 2009 and more losses are sure to come. Such losses reduce property taxes, consumer buying power for local businesses, and the ability of municipalities to provide services.

Black communities have been hardest hit, but not because of the federal policies pointed to by Cavuto and other conservative observers like Lou Dobbs, Charles Krauthammer and editorial writers from a range of newspapers. Their prime target is the federal Community Reinvestment Act (CRA) which prohibits redlining. Yet as researchers with the Federal Reserve, National Community Reinvestment Coalition, and several other government, non-profit and academic institutions have demonstrated, this is simply nonsense.

The CRA does require federally regulated depository institutions (banks and thrifts) to affirmatively ascertain and be responsive to the credit needs of all neighborhoods in their service areas, including low- and moderate-income communities. But the law also explicitly states they must do so consistent with safe and sound lending practices. The Federal Reserve reported that only 6 percent of high cost subprime loans made to low- and moderate-income borrowers were originated by lenders covered by the CRA. The overwhelming majority were made by mortgage bankers and brokers not covered by the law.

Recent foreclosure activity and the subsequent costs are not race neutral. According to the Center for Responsible Lending approximately 8 percent of African American and Latino families have lost their homes to foreclosure compared to 4.5 percent of white families. United for a Fair Economy has estimated that a third of black households and 40 percent of Latinos are at risk of falling out of the middle class and into poverty as a result of the foreclosure and related economic crises.

So what accounts for the concentration of subprime lending and foreclosures in minority neighborhoods? The culprit, at least in Louisville, is investors -- primarily white investors -- who do not reside in the affected communities. In our research we found that in 2007 and 2008 there were approximately 2,000 foreclosure sales each year in Louisville. There were 39 per census tract (a rough approximation of a neighborhood) in black communities compared to 20 in white tracts.

More telling is the fact there were 15 foreclosures on properties owned by investors rather than owner-occupants in black communities compared to two foreclosures in white areas. A close examination of foreclosed properties in black neighborhoods found most owners were white often living miles away in suburban communities.

It is investors seeking a quick profit, not homeowners, who are the real problem in black neighborhoods. We suspect Louisville's story is not unique. Louisville is right in the middle of this pack, ranking 103 out of 203 metropolitan regions in the rate of foreclosures in recent years.

Several factors account for why a property goes into foreclosure and why foreclosure rates are higher in some neighborhoods than others. Race is certainly not the only factor, and may not even be a consideration when other variables are taken into consideration.

Foreclosures continue to devastate millions of families and the communities in which they live. But it is not reckless or greedy homeowners who are the problem. Likewise, Federal policies have increased responsible lending in low-income and minority communities; they are not the culprits either. It is investors who do not live in, understand, or appreciate the black communities they are tearing apart, who are at the heart of the problem.

John I. Gilderbloom is a Professor of Urban and Public Affairs at the University of Louisville and Gregory D. Squires is a Professor of Sociology at George Washington University. Both authors have written op-eds for the nation's top newspapers and written many books and scholarly articles on housing and community development. This is published with permission from American Banker Magazine.