Australia, like most of the world, is feeling the hurt of the economic recession. But the rebound is happening, a fact that's especially evident in the building and development world. As new projects get going, the need for planners is on the rise. To meet that need, Australia is increasingly looking beyond its shores.

Global recessions aside, the Australian economy continues to weather the financial storm. The impact of an effective stimulus package has kept consumer spending strong, while many people have also taken the opportunity to reduce their personal debt. Business confidence remains fairly good, with most people expecting a turnaround within 12-18 months. There have been slight rises in unemployment, but not the comprehensive layoffs seen in previous recessions, and hardly the same scale being seen currently in the U.S. This reflects an economy that was running at "full steam" with major labor shortages. 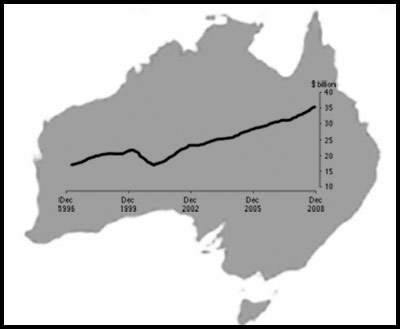 How has this affected the demand for planners? Talking to planners in the industry, things are only slightly down from the boom times, with private firms still taking on new major commissions from both the public and private sectors. Both large and small firms report steady workflow, with many firms surprised at how well things are holding up. With a robust financial sector still prepared to lend, Australian developers are continuing to push ahead with planning approvals, to be ready for the upturn, and to "lock in" low interest rates.

During the boom, the development industry "cherry picked" the easy projects and now the opportunity has come to dust off some "backburner" projects that are a little more challenging or complex. Mom and dad investors, too, are looking closely at realising the asset value of surplus land, with small-scale suburban projects ranging from a second dwelling in the rear yard through to small-scale medium density housing projects.

The counter-cyclic phenomenon is definitely operating. With lead times for approvals and design being somewhere in the order of 12 to 18 months, now is definitely the time for the development industry to put in place the projects they will start to build as soon as the market picks up. In some markets, such as Melbourne, real estate prices are already on the rise, with a 20% increase so far in 2009.

Planning work in local and state agencies is also continuing to be strong, as government agencies pull off the shelf projects that were postponed for a lack of staff resources. Now that staff are to a degree less burdened by application processing, there is more scope to enhance strategic planning and to undertake legislative and policy review.

With major changes to planning legislation in New South Wales and municipal authorities required to develop new planning schemes, there is still stress on the consultant sector as it struggles with the complexities the new legislation. Queensland, too, is overhauling its planning legislation with Victoria having recently issued a position paper on directions for changes to the Act. Legislative change creates massive learning curves for all in the industry as consultants, state agencies and municipal authorities grapple with the changes. All of this creates work for planners. Overall, there is still a shortage of planners in Australia, although Western Australian demand has eased off with the wind-back of the mining boom.

So how will this shortage be met? Australian planning schools report a strong upsurge in student numbers, but it will take some time for these graduates to "feed through" into the system. Of course fresh graduates do not necessarily have the experience to fulfil many of the vacancies which exist in the middle to senior management ranks. As it has done for other professions, Australia still looks overseas to help fill the gap. Planning continues as a "priority profession" on the immigration scorecard. Some planners have come from countries as diverse as China, Malaysia and India. Many of these planners, however, find the cultural context of Australia rather different.

Planners who come from the US have many of the attributes and skills which translate well to the Australian environment, as despite differences, there are many strong similarities with urban systems and the issues being faced. These include cities which show many similarities of the structure and function, together with all the difficulties associated with car-based suburbia and rapid extension of housing unsupported by public transport. Redevelopment of brownfield areas continues as many cities move to a post-industrial focus. Rural areas struggle with issues of export markets and population decline.

There is demand and opportunity for the US and Australia to learn from each other as each works through these issues.

Angus Witherby is is an urban and regional planner trained at the University of New England in Australia. Since 2005, Mr. Witherby has been running his own full-time consulting business which operates in Victoria and New South Wales, the two most populous states in Australia.