Getting Serious About Resilience in Planning

Resilience is a term much bandied about these days in the planning and development professions. Buildings, plans, economies and even cities are expected to be resilient to unforeseen externalities in a world of rapidly changing technologies, climates, and cultures. With this in mind, Kevin C. Desouza and his colleagues at the Metropolitan Institute at Virginia Tech would like to engage you, the planning and development community, in a discussion of what exactly it means to be resilient in a planning context, whether this is a laudable goal, and, if so, how we can achieve it.

There are few concepts that are more popular than resilience today. Pundits have long advised us that we need to design resilient structures. Our cities should be resilient to adverse external events. We have also been told that our plans need to be resilient to changes in the environment (e.g. to cost changes for products and supplies, potential new regulation, etc). In recent times, we have also seen an increase in the number of calls for resilience in communities and localities to crises and disasters.

On Planetizen, recent writings have employed the term resilience (or its many variants, e.g. resilient) in their titles – Chapin on Pocket Neighborhoods, Benfield on Climate Resilience, and Dudley on Housing and Resilience, among others. Foundations, such as the New America Foundation, have even hosted events on the topic of resilience (see Defining Resilience). Government agencies from the National Science Foundation to the federal research labs and even departments within the federal government have programs targeting the concept of resilience across many sectors from resilience of networks [PDF], to resilience of infrastructures [PDF], and even the resilience of soldiers beyond the battlefields!

Turin, Italy, for example, is a city that has shown resilience, when compared to its American counterpart, Detroit. After Fiat abandoned its Lingotto automobile factory in 1982, Turin lost over 100,000 jobs in a decade, and witnessed continuous industrial decline for longer. Yet, today, the city is a symbol of how to be resilient. The old factory plant was repurposed to accommodate shopping malls, hotels, and even a helicopter landing pad. New sectors of the economy, such as tourism and food, received investment and have taken off. In addition, 60% of Turin's once abandoned land has been repurposed, and its residents enjoy a higher per capita GDP than the rest of the country. Turin is a good example of a resilient city, as it not only dealt with the shock, and recovered, but it has defined a 'new normal' for itself, which some might say is even more advanced that its previous state. 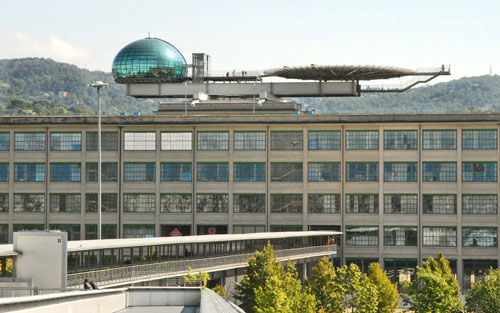 Given the buzz around the concept, we at the Metropolitan Institute at Virginia Tech have begun to host weekly discussions on how planners should treat the concept of resiliency, based on our assumption that resiliency is in fact desirable. We are all in the business of making systems that are resilient (i.e. those that can not only last across time, but can withstand a multitude of stresses). But, can we actually build resilient plans? If so, what are these plans resilient to? Can we incorporate practices (tactics) to make the planning process more resilient? Can we implement (execute) plans in a resilient manner? How should we evaluate a plan, or the planning process, for presence (or level) of resiliency? These are just some of the questions we have decided to ponder. Our intention in writing this feature is to invite you to begin a broader conversation on these topics with the community-at-large.

Here are our main findings to date:

Given these points, resilient planning very quickly mimics Heisenberg's Uncertainty Principle where it is impossible to simultaneously know a particle's location and its trajectory. With planning we can design resilient processes to adapt to changing conditions and functional needs, but we then give up our ability to stay on target towards a preferred or perhaps optimal outcome. This could potentially prevent any closing of the process or any actual implementation. By contrast, we can hypothesize planning procedures to yield certain target results or parameters, but we must then be constantly reorienting and adjusting the process towards that desired end which limits process creativity, inclusivity, and democracy.

Currently, many U.S. localities have a two tiered system where public planning processes are increasingly inclusive, but the process by which projects are approved are more utilitarian and top-down in actual execution. Feedback systems and information flows as typically practiced are both limited and unable to build and improve performance over time, leaving users unable to adapt built artifacts to better suit present and future objectives. With enough time, overall capacity and flexibility can be embedded in place providing more diversity as a pool of potential change trajectories critical for future resilience.

We would love to hear from you.  Here are some questions: 1) How do you evaluate the resilience of plans and artifacts? 2) What tactics/practices do you think add resilience to the planning and designing process? 3) How do you incorporate the concept of resilience in your daily work practices?

Kevin C. Desouza, PhD is the director of the Metropolitan Institute and an associate professor at the Center for Public Administration and Policy at Virginia Tech. Before joining Virginia Tech, he was an associate professor at the University of Washington (UW) Information School and held adjunct appointments in the UW's College of Engineering and at the Daniel J. Evans School of Public Affairs. He holds a visiting professorship at the Faculty of Economics, University of Ljubljana. Desouza has received over $1.4 million in research funding from both private and government organizations. For more information, please visit: www.kevindesouza.net.

Trevor Flanery is a doctoral student, Jaimy Alex is a graduate student, and Eric Park is an undergraduate student, in the School of Public and International Affairs at Virginia Tech. Trevor, Jaimy, and Eric are summer research associates at the Metropolitan Institute.