Blogger
Robert Goodspeed is an Assistant Professor of Urban Planning at the University of Michigan.
Member for
14 years
Contributed
28 posts
Follow Robert Goodspeed:

Robert Goodspeed is an Assistant Professor of Urban Planning at the University of Michigan. He holds a PhD from the MIT Department of Urban Studies and Planning and previously worked for the Boston Metropolitan Area Planning Council. See his academic website for more on his teaching and research.

Blog post
The Democratization of Big Data
February 27, 2012, 7am PST

Already a major technology trend, 2012 promises to be a watershed for "big data." A shorthand term for the proliferation of large datasets, big data also refers to the expansion of analytic techniques for teasing meaning from the vast archives of information produced by the digital world. The New York Times' Steve Lohr declared we have entered the "age of big data" in a recent article that compared it with another revolutionary research tool -- the microscope.

Historically, data sources for urban planning have remained relatively stable. Planners relied on a collection of well-known government-produced datasets to do their work, including statistics and geographic layers from federal, state and local sources. Produced by regulatory processes or occasional surveys, the strengths and limitations of these sources are well known to planners and many citizens. However all this is beginning to change. Not only has the U.S. Census Bureau's American Community Survey introduced a bewildering variety of data products, all with margins of error, three interrelated categories of new data are growing rapidly: crowdsourced, private, and "big" data.

Urban planning is an inherently knowledge-intensive activity. Even the most prosaic zoning change or development proposal can generate reams of memos, transcripts, minutes and notes. Planners routinely manage statistical and geographic data for research and analysis. In fact, this material proves so voluminous there is even a book on how planners can collect, manage, and share information effectively.

A comment I heard recently reminded me how often these systems can go awry. After calling a government agency to track down information about a program, my wife was told "the person who knows about it" wasn't in so she would have to call back. Is this common situation inevitable? The field of knowledge management argues it can be avoided through deliberate organizational strategies. Without them, individual employees hoard critical information and managers fear the impact of retirements or departures. For the disorganized organization, hiring new employees can also require a lengthy orientation process. When it comes to government organizations, these problems are not merely about organizational inefficiency. Disorganization can result in costly mistakes, legal trouble, and effect the ability for the public to access information in a timely way. 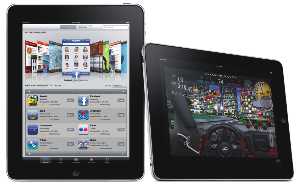 City data catalogs are fast moving from the exception to the norm for large U.S. cities.

Washington, DC's Data Catalog, spearheaded by former CTO Vivek Kundra, was an early leader. The site combines hundreds of static government-created datasets from across DC government with administrative feeds like the city's 311 system. Their site emphasizes providing data in multiple formats, including where possible formats that don't require proprietary software. Kundra's selection as the nation's first Chief Information Officer, and launch of the federal government's Data.gov has elevated the principle among the federal government's vast datasets. DC's two "apps" contests sought to encourage creative uses of the data made available, and some of which are available at the DC App Store.

Beyond DC, many big cities have recently launched or are planning open data catalogs of their own.

Robert Goodspeed
Blog post
An iPhone in the City
September 7, 2009, 6am PDT

What's better than Twitter in the city? An iPhone. With a connection to the Internet, built-in camera, location-awareness, 3-access accelerometer and colorful display, the Apple iPhone has become much more than a mobile phone: it's a sophisticated mobile computing platform. Combine this technology with a library of thousands of programs and growing ecosystem of developers, the iPhone is powerful and versatile tool to transform how people interact with their surroundings.

A growing number of iPhone apps are taking advantage of the phone's functionality to allow people to navigate, measure, observe, and interact with cities in new ways. This post describes some I have come across for e-government, urban sensing and interaction, and navigation. First, a caveat: I don't actually own one of the devices myself and haven't tested the apps (yet). I've certainly missed many, so leave your favorites in the comments below.

The U.S. Census Bureau estimates that in 2007, over 9.8 million American households had no auto available at home. Although those car free households make up only 8.7% of the U.S., the split by housing ownership is striking: only 3.3% of owner occupied homes do without at least one vehicle, where fully 19.9% of renters have no cars parked in the proverbial driveway.

For some, not owning a vehicle is not a matter of choice -- just the reality of limited resources. For others, it's a matter of preference, and many residents of cities with fairly good public transportation choosing to go without cars. Although car ownership is a useful indicator of neighborhoods that provide good options for public transit, the reality is the most important variable isn't whether you own one, but how much you drive.

That's the idea behind the annual Car-Free Challenge sponsored by the San Francisco Bay Area nonprofit TransForm (formerly TALC - Transportation and Land Use Coalition). The Challenge's over 160 participants pledged to drive less than 125 miles in June, much less than the Bay Area average of 540, or the U.S. average of over 1,000. Many participants contributed blog posts about their experiences on the Challenge website. More than just a group of footloose young professionals living in The Mission, challenge participants were remarkably diverse group living mostly in the Bay Area but also Sacramento, Los Angeles, and cities outside of California.

The conference bags handed out to the attendees of the 2007 National Planning conference in Philadelphia had four words printed on one side: value, choice, engagement, community. The words echo the long mission statement of the American Planning Association, evidence of what I described last year as the pragmatic position of the profession that refrains from making a larger argument about the form of the city. Here's a taste:

Since then, a new program from the organization and other evidence may suggest a subtle shift in professional values now underway.