Board Games for Urban Planners

Mark Ferrall is on a mission to get planners away from their computer screens and collaborating again - over a good board game. Here, he presents three he thinks you and your colleagues will enjoy.
September 8, 2011, 10am PDT | Mark Ferrall
Share Tweet LinkedIn Email Comments 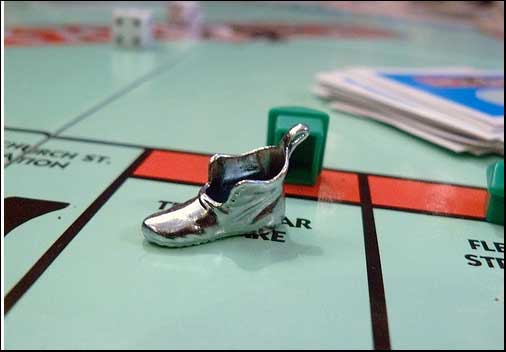 The city, since Monopoly's success, has remained a recurring feature of the modern game. For better or worse, the city is instantly available for conceptual miniaturization and is an easy target for caricature. The name of a city alone might carry an implied sense of ire, admiration, or adventure. Indeed, many planners were first exposed to planning concepts in games like Sim City. Planners are the types to enjoy multifaceted problems, a staple of computer games. Required to balance competing public, private, and political interests, we understand that there are no simple solutions. Games offer an accessible battleground for solving these types of complex problems. Even as children, that mindset drew planners to the games we grew up enjoying. Now, the planner's lunch hour is victim to the digital age, crumbs in front of a computer screen replacing the office break room. Though blogs offer endless quality content for urbanists, they overestimate the productive social value of the comment thread. Moreover, digital games, once an entertaining alternative to the real world, have become part of the 32-bit dystopia chipping at our lives. My challenge to planners is simple: reclaim your lunch period. Board games offer opportunities for conversation beyond the gratuitous "how was your weekend" and are a medium for the social support structure necessary to birth and implement great ideas. Ticket to Ride, Carcassonne, and Puerto Rico are entertaining games sure to get your planning geek on. Ticket to Ride

Released in 2004 by Days of Wonder, Ticket To Ride is a cross-country card collection and route building game. The concept is simple; players collect train cards of various colors, and trade those cards to connect cities on a map. Players score points by placing trains and connecting destinations on Ticket Cards. For example, a ticket card might require a player to connect Miami and Los Angeles, and the player directs trains through combinations of other city-to-city routes to complete that ticket. Ticket to Ride's fun factor comes from the palpable uncertainty you feel as players compete for routes. While some might choose to focus on their own tickets and avoid crossing tracks, other players ruthlessly claim short segments vital for a competitor's connections. Planners will enjoy this game for the opportunity to build their own cross country rail scheme. The efficiency minded might build a starbursting hub-and-spoke system, while others create complex winding paths competing for the coveted longest rail card. The game takes only minutes to learn, yet has plenty of replay value. Most games take 45 minutes to an hour. Planning Grade: B Planning Themes: Transportation, Infrastructure Privatization, Rail Carcassonne

Transportation not your thing? Check out Carcassonne. This game is best for those who have played a European Style board game or two, and is easiest to learn with someone who has played before. The game was initially published in 2000 by Hans im Glück in German and Rio Grande Games in English. Carcassonne is a board building game, where play consists of strategically placing board pieces. Tiles have three types of land uses: cities, roads, and farms. As players lay tiles, they can place wooden figures (Meeples!) one of the three land uses to claim portions of the board. Points are scored as other tiles are used to complete the boundaries of cities and the endpoints of roads. There is a slight learning curve to Carcassone, but worth the wait to combine the serendipity of a card game with the strategy of a chess game. Inexperienced players regularly corner themselves into needing a specific road or city piece. Over time, players learn to control large sections of the board and clandestinely steal points from an opponent. While the urbanism on display is simplistic, the physical arrangement of tiles will feel somehow familiar to many planners. Players must balance the size and connectivity of their cities, roads, and farms, or risk losing points. By far the prettiest game of the three; by the end every finished board will be unique. Planning Grade: A Themes: Land Use Planning, Zoning Puerto Rico

If board game quality is directly proportional to the number of pieces, then Puerto Rico

is king. It is the most difficult game to learn of the three, but a solid understanding of the rules reveals a complex game with endless replay value. The game was released in 2002 by Alea in Germany and published in English by Rio Grande Games. In Puerto Rico, players are competing governors trying to settle the new city San Juan. Your plantations give you crops, crops get shipped to the main land for doubloons, doubloons buy you buildings. Both buildings and plantations require colonists in order to produce. Players collect victory points to win the game, scored by trading crops and buying buildings. Each round provides one player the chance to be the governor while the other players take their turn. During a turn, players choose a role with corresponding actions that each player must follow. Those roles include: settler, builder, mayor, craftsman, trader, captain, prospector. For example, when the builder role is chosen players take turns buying buildings. The player who chooses the role obtains a special advantage, often buying or producing at a improved rate. Buildings offer certain advantages, for example the hospice building gives a player a colonist for when placing a new building or plantation. Multiple methods to end the game give additional depth to Puerto Rico. The game finishes when players run out of colonists to add to the board, a player claims the last victory point, or one player fills their entire board. Players can adapt their strategy to take advantage of a probable game ending, or force the game to end earlier as a way to prevent opponents from scoring points. It sounds complicated, and maybe it is, but Puerto Rico provides office chair game-philosophers endless combinations of strategy. The excellent replay value keeps the game from getting old, and the game is a good choice to stretch between two or three lunchbreaks. Planning Themes: Economic Development, Food Systems Planning Planning Grade: B+

Mark Ferrall, a recent graduate from Eastern Michigan University's undergraduate planning program, discovered his love for urbanism after being dropped in the "big city" of Ann Arbor from rural West Michigan. He brings his planning and GIS skills to the Washtenaw Area Transportation Study as a Transportation Planning Intern. When not at work, Mark spends most of his time coaxing the nature of the world from a single city, and daydreaming about mobile technology.